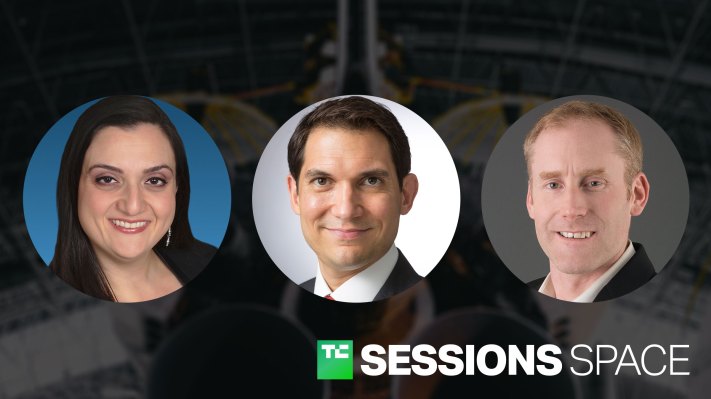 One of the problems with putting a satellite in orbit is that once you do, it’s pretty much out of your hands. If anything goes wrong, or it runs out of fuel, that’s all she wrote. Fortunately there are companies that aim to change this, and three leaders in the field — Orbit Fab, Astroscale, and Maxar — will be joining us at TC Sessions: Space in December.

You may remember Orbit Fab from Disrupt’s Startup Battlefield around this time last year. CEO and co-founder Daniel Faber debuted its refueling interface, RAFTI, and showed how that and a network of “tanker” satellites could save companies hundreds of millions by keeping their spacecraft in orbit rather than sending up replacements.

Astroscale is embarking on a similar effort for satellites in geosynchronous orbits, which are even more expensive to replace. But the Japan-based company is it’s also aiming at taking down the innumerable dead satellites and debris scattered throughout other orbits, and has raised huge sums to do so. US President Ron Lopez will join the panel to discuss the many potential approaches to improving sustainability in space.

Maxar is of course a well-known name in space operations, and we’ve had head of space robotics Lucy Condrakchian on stage at TC Sessions: Robotics. Her team is currently working on the ambitious Restore-L mission, which will demonstrate on-orbit refueling, manufacturing, and assembly. Why build it down here if you can do it up there?

These three panelists will discuss the possibilities of this emerging industry and what it could mean for startups and established enterprises here on the ground. With costs of launch dropping, the cost of building and maintaining a major satellite becomes a greater issue — but tiny, cheap satellites are also beginning to proliferate.

How will the market evolve? Can proprietary but practical tech like RAFTI make a difference? How close are we to the first satellite built entirely in space? All this and more will be on the table for our panel next month.

Get an early-bird ticket for just $125 until this Friday, November 13. And we have discounts available for groups, students, active military/government employees and for early-stage space startup founders who want to pitch and give their startup some extra visibility.