Sofia Coppola and Bill Murray will reunite for Apple and A24 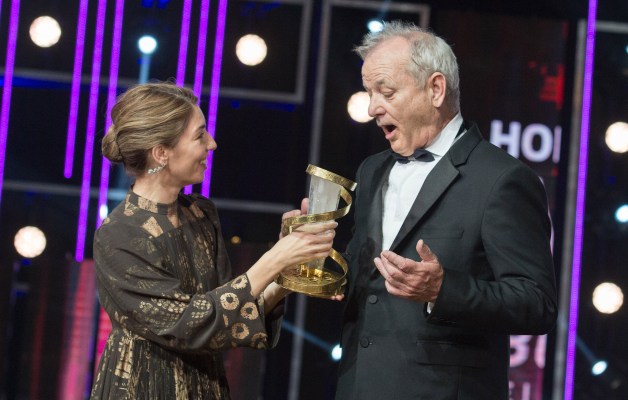 The director and star of “Lost in Translation” are working together again, with Bill Murray starring alongside Rashida Jones in “On The Rocks,” a new film directed by Sofia Coppola.

The movie will tell the story of a young mother who reconnects with her playboy father in New York City. Production is supposed to begin this spring.

“On the Rocks” is the first film to come out of the partnership between Apple and A24, which will see A24 (the studio behind “Moonlight,” “Lady Bird,” “Hereditary” and other indie hits) producing several titles for Apple . The deal will help Apple’s yet-to-launch streaming service offer high-profile original films alongside shows like its star-studded morning news drama and an adaptation of Isaac Asimov’s “Foundation” novels.

It’s been nearly 16 years since the release of “Lost in Translation,” which was a financial and critical hit — it remains the highest-grossing film of Coppola’s directing career, and it cemented Murray’s shift to more serious roles. It also won Coppola the Academy Award for best screenplay, and it nabbed Murray his only Oscar nomination thus far. (How is that possible??)

Since then, Coppola has only directed Murray once, in the idiosyncratic Netflix special “A Very Murray Christmas.”