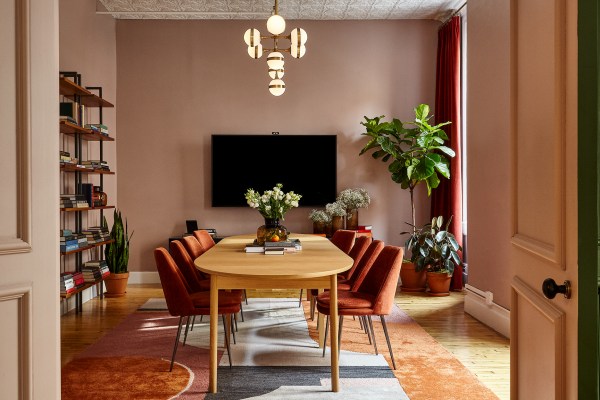 For decades, women in business have lacked the resources necessary to navigate to or sustain executive roles. Finally, venture-funded projects have emerged to fill this gap.

The latest is Chief, a private network for New York-based women in senior roles in tech, retail, enterprise, finance, media and more. The company launches today with $3 million in venture capital funding to provide its 200 members access to a Tribeca clubhouse, monthly executive coaching and leadership development sessions and a salon series, which includes “intimate dinners with captains of industry” and celebrity fireside conversations.

The catch? Chief membership costs $5,800 per year for members with a vice president-level job title and even more for those in the C-suite at $7,800. Its founders, Carolyn Childers and Lindsay Kaplan, say the ideal is for companies to pay the way for members, similar to how a startup might pay to send one of its employees to a conference.

“Companies are looking for something like this,” Kaplan, the former VP of communications at Casper, told TechCrunch. “They have these amazing women, they know there is a problem with equality up top and this isn’t something they can provide within their own four walls.”

Though Chief’s initial 200-person cohort does not include any men, the group is open to all genders. Given the controversy surrounding The Wing’s former membership policy, which barred men from entry, Chief’s decision to accept anyone ready “to fight the 200-year gap in gender equality,” in the words of Kaplan, will probably save them a headache down the line.

“We are a very mission-based company,” Childers, the former VP of operations at household services marketplace Handy, told TechCrunch. “If a man is inspired to help women get to the C-suite, they can apply and become a part of Chief.”

Though Chief wasn’t able to provide specific data on membership diversity, Childers and Kaplan did say its “top of mind” and when I first spoke with the pair this fall, months before launch, they said they planned to offer grants to members who are unable to pay the annual fee.

“We don’t want to see a 1 percent increase in female management in 10 years,” Childers said. “We want to close that gap as quickly as possible.”

The startup seems to have the best of intentions, though what Chief appears to be is an expensive networking opportunity for New York’s existing elite. With that said, if Chief only helps the existing 1 percent of women in business maintain executive roles, at least its helping move the needle ever so slightly.