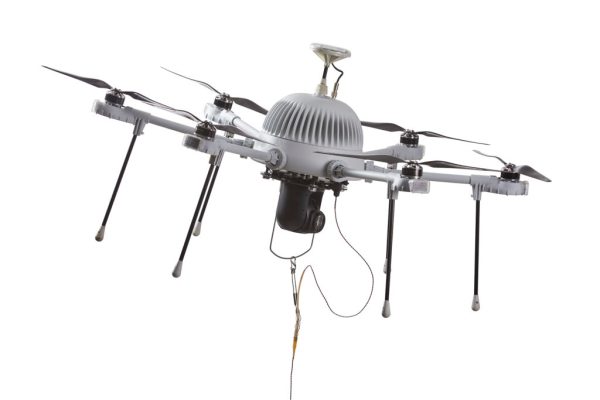 CyPhy Works announced this morning that it is shifting focus and rebranding as Aria Insights. The new company is focused on utilizing artificial intelligence and machine learning to help analyze data collected by drones. Aria will build upon CyPhy’s tethered drone data collection, to help pull information in dangerous situations from oil tankers and pipelines to natural disasters.

The new platform is designed to detect relevant information, alert the user and collect it on a 3D map, while keeping humans out of harm’s way. As it notes in a press release tied to the announcement, the Aria takes its name from flocks of canaries used to keep coal miners safe.

“A number of our partners were collecting and housing massive amounts of information with our drones, but there was no service in the industry to quickly and efficiently turn that data into actionable insights,” Lance Vanden Brook, former CyPhy and current Aria CEO said in a statement. “Moving beyond just a hardware provider, Aria is now a full-service solution that not only meets customers’ aerial needs, but also processes analytics that enable insightful decision making.”

CyPhy was founded in 2008 by iRobot co-founder Helen Greiner. After serving as CEO, then CTO, Greiner left the company last year, as it raised a $4.5 million Series D. That brought the drone company’s total funding up to $39 million, by Crunchbase’s estimation. At the time, it was noted that the founder had left work at the Office of the Assistant Secretary of the Army for Acquisition, Logistics and Technology.

From the looks of it, however, much of CyPhy’s current team will stay in place, continuing to offer its primary product, the Persistent Aerial Reconnaissance and Communications platform (PARC) under the new banner. New products will be launched as part of the “full-service” offering, as well.