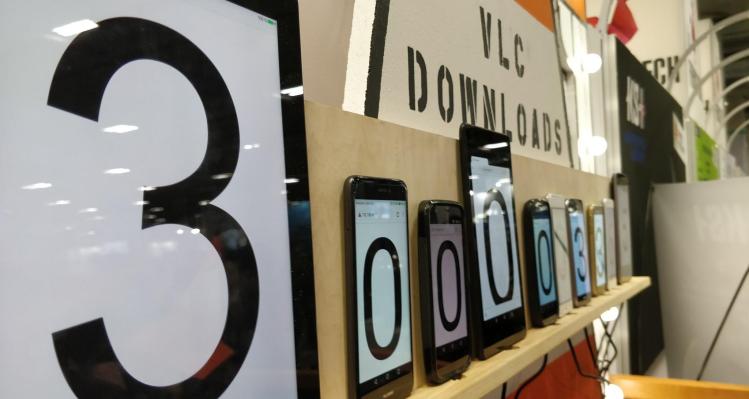 VLC, the hugely popular media playing service, is filing one of its gaps with the addition of AirPlay support as its just crossed an incredible three billion users.

The new feature was revealed by Jean-Baptiste Kempf, one of the service’s lead developers, in an interview with Variety at CES and it will give users a chance to beam content from their Android or iOS device to an Apple TV. The addition, which is due in the upcoming version 4 of VLC, is the biggest new feature since the service added Chromecast support last summer.

But that’s not all that the dozen or so people on the VLC development team are working on.

In addition, Variety reports that VLC is preparing to add enable native support for VR content. Instead of SDKs, the team has reversed engineered popular hardware to offer features that will include the option to watch 2D content in a cinema-style environment. There are also plans to bring the service to more platforms, with VentureBeat reporting that the VLC team is eying PlayStation 4, Nintendo Switch and Roku devices.

VLC, which is managed by non-profit parent VideonLAN, racked up its 3 millionth download at CES, where it celebrated with the live ticker pictured above. The service reached one billion downloads back in May 2012, which represents incredible growth for a venture that began life as a project from Ecole Centrale Paris students in 1996.