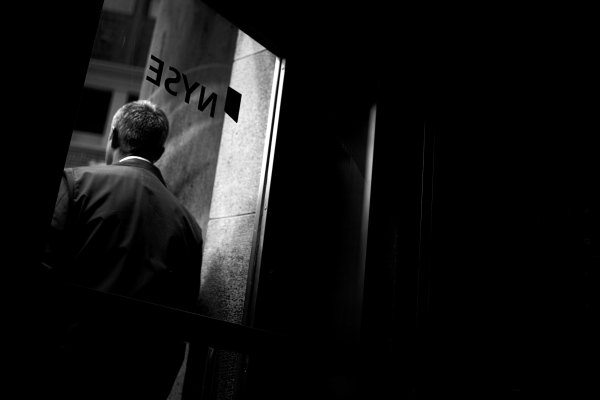 The government shutdown has entered into day 19, making it the second-longest shutdown in U.S. history. With President Donald Trump slamming his hands down on a table and storming out of negotiations with Speaker Nancy Pelosi and Senator Chuck Schumer earlier today, a fast-approaching end feels unlikely.

Hundreds of thousands of federal workers are out of work as U.S. leaders struggle to reach a fair agreement on the federal budget, including employees of the U.S. Securities and Exchange Commission . The government agency, responsible for protecting investors and maintaining fair, orderly and efficient markets, shut down on December 27 and has just 285 of its 4,436 employees on the clock.

“Due to the ongoing federal government shutdown, the SEC is currently operating in accordance with the agency’s plan for operating during a shutdown,” the agency wrote on its website. “The SEC has staff available to respond to emergency situations involving market integrity and investor protection, including law enforcement.”

EDGAR, the Electronic Data Gathering, Analysis, and Retrieval system that allows companies to electronically file crucial documents, including paperwork for initial public offerings, has remained up and running. That’s led to a “large and growing” backlog of filings, reports CNBC, that could cause a delay in several IPOs, as well as a lasting impact on the state of the IPO market in 2019.

Just left a meeting with Chuck and Nancy, a total waste of time. I asked what is going to happen in 30 days if I quickly open things up, are you going to approve Border Security which includes a Wall or Steel Barrier? Nancy said, NO. I said bye-bye, nothing else works!

Several major technology companies have taken steps toward early-2019 IPOs, all of which are at risk of a delay. A poor performing stock market is only adding fuel to the flames in a year that many had expected would bring record amounts of liquidity to investors via high-profile offerings. Uber, Lyft, Slack and Pinterest have all begun IPO prep, for example, with Uber chief executive officer Dara Khosrowshahi recently claiming turbulent public markets would not delay the ride-hailing company’s float.

He didn’t comment on the potential resonating effects of a government shutdown, per The WSJ. Uber and its largest U.S. competitor Lyft both filed confidentially with the SEC in December, just weeks before the shutdown began. During the shutdown, companies are still permitted to file confidentially, a method preferred by many companies as it allows them to refrain from disclosing key IPO details and financials to the public ahead of an exit.

Ultimately, tech’s most buzz-worthy unicorns will be the least affected by Trump and co.’s discordance. Well-funded businesses with strong balance sheets, as Khosrowshahi pointed out, have a safety net ready if IPO plans go awry. Smaller businesses, particularly those in need of an infusion of capital to continue operating, will bear the brunt of any IPO delays.