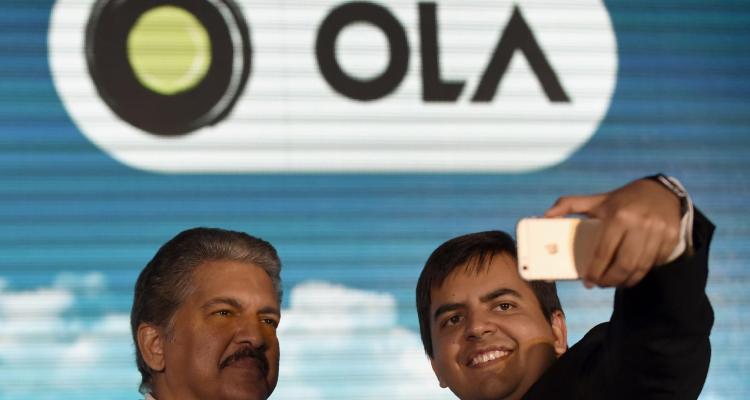 Ola, India’s local rival to Uber, has seen its valuation jump to nearly $6 billion as it prepares to take in a large round of financing.

The ride-hailing firm, which was founded in 2010, has raised around $3.3 billion from investors to date, and it topped that up a little this week. Ola pulled in 520 crore (around $75 million) from existing investor Steadview Capital, according to filings provided to TechCrunch by business signals platform paper.vc. The paperwork indicates that Ola’s business is now valued at $5.7 billion.

That figure is on par with Ola’s valuation when it raised in 2015, and a boost on recent numbers, which went as low $3.5 billion but reached $4.3 billion last year. Ola was said to be on track to reach a $7 billion valuation in 2017 but it appears that landmark wasn’t hit.

While $75 million isn’t a huge investment for Ola, it is a clear milestone that kicks off a larger round, a source within the company told TechCrunch. Fundraising is typically not as cut and dry as it may appear in the media with different tranches of rounds typically coming in and closing at different times. Oftentimes, existing investors are among the first to put in and that appears to be the case here.

Another filing — also provided by paper.vc — shows that India’s Competition Commission approved a request for a Temasek-affiliated investment vehicle’s proposed acquisition of seven percent of Ola. In addition, SoftBank offered a term sheet for a prospective $1 billion investment last month, according to our source.

Put that all together and the result is likely to be a sizeable round for Ola — which has seen its cousin in Southeast Asia, Grab, massively increase its funding ambitions since it acquired Uber’s local business. Grab has currently raised around $3 billion of a planned $5 billion Series H round, as we reported recently.

The climate in India has certainly moved towards huge financing deals. Outside of ride-hailing, other Indian startups pulled in gigantic rounds in recent months. Those include Swiggy — a company that companies with Ola’s FoodPanda delivery business — which raised $1 billion from the likes of Naspers and Tencent in December, and OYO which grabbed $1 billion from SoftBank and others in September.

Last year was the year Ola stretched its reach into international markets with launches in Australia, New Zealand and the U.K. In India, its service reaches more than 100 cities and towns while, outside of ride-hailing, it operates payments, food delivery, bicycles and it recently invested in electric scooters.