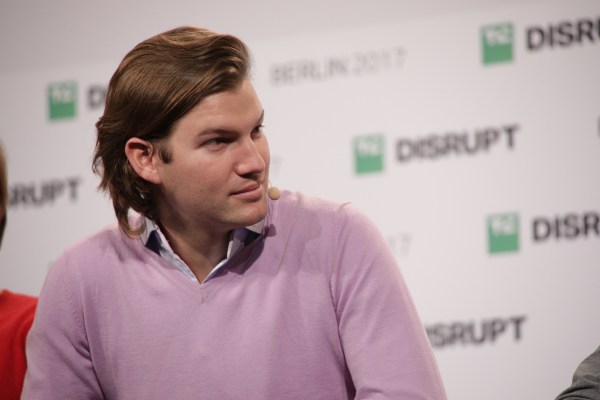 Fintech startup N26 is raising a Series D round of $300 million. Following this new funding round, the company is now valued at $2.7 billion. Insight Venture Partners is leading the round with Singapore’s sovereign wealth fund GIC and a few existing investors also participating.

N26 is building a retail bank from scratch. The company lets you open a bank account and get a card in just a few minutes. You can then control everything from your phone or computer. And it’s a much better user experience compared to traditional banks.

This round comes as a surprise as the startup announced a $160 million funding round ten months ago. I talked with N26 co-founder and CEO Valentin Stalf about this, and there are several reasons why raising money made sense.

First, N26 is a very different company now compared to early 2018. The user base has tripled and people are using their N26 accounts more and more. Around a third of N26’s customers are paying every month for a premium account.

The startup’s valuation has exploded as well. “The previous valuation was below $1 billion,” Stalf told me. In other words, N26 is in great shape and it made sense to grab more money before expanding to new markets around the world.

N26 is currently live in 24 European markets and has 2.3 million customers. The company plans to expand to the U.S. in the coming months as well as other markets around the world. Customers currently hold €1 billion in N26 accounts overall. And the company has processed €20 billion in transaction volume since its creation.

I interviewed Valentin Stalf about today’s funding round. This interview has been slightly edited for brevity and clarity.

TechCrunch: Your list of investors is becoming more and more global. Does it mean that, in addition to the U.S., we can expect other countries and other regions as well?

Valentin Stalf: Absolutely. Our goal now for the next couple of years is to transform N26 from being a European company to being a global company. We started in Germany and Austria as you know. We’re now in 24 markets including the U.K. where we’re offering our product in a different currency.

And now the next step will be the U.S. in 2019. We would like to bring N26 to four to six new markets outside of the U.S. and Europe in the next couple of years. But this year is really about the U.S. and then by the end of the year one more market or a couple of markets probably. But we see the opportunity to take the business global. And that’s also what everybody who invested in this round signed up for.

TC: It’s the first time you’re sharing the valuation, which is quite high. Does it mean that the financials of the company are looking good? Are you making money and from what?

Stalf: Two things led to the success of this funding round. One is tremendous growth. We’ve more than tripled the number of customers in the last year. Globally, I think we’re the fastest growing mobile bank on the market now. It’s one driver of the valuation — the future potential that there are many more customers searching for a banking alternative.

We’ve also worked on the profitability of our company. We’re definitely today the most advanced player on the market in terms of profitability per customer. Obviously, we’ll be consuming cash in 2019 — that’s why we raised a round to invest in new markets. But if you look at our company on a per-customer basis, we’re profitable on a per-customer basis. And I think it’s very important.

Where is the revenue coming from today? We’re very much focused on the daily usage of our product. So one is really from card transactions and the interchange fee. Second is our subscription model. Depending on the market, up to 32 to 35 percent are choosing one of the premium products that we’re offering — it’s a really important revenue driver. And then you have the daily usage of financial products, such as overdraft, savings and consumer credit and these things that we have on the German market, the French market. We’re bringing that now to the U.K. and other markets.

TC: On the product front, are there other products that you’re going to roll out or are you more focused on launching the entire lineup of products across all your markets?

Stalf: I think we want to internationalize existing products to new markets and bring our financial products that we have to more of the markets that we’re in.

But I think the strong focus that we have in order to internationalize is really to innovate more on the product. We’ve launched Spaces before Christmas — I would say version one. The big update that is coming out in the next two months is really about sharing a space, creating a shared account either long term with your partner or short term with friends.

TC: Let’s go back to the funding round. You’ve raised $160 million a year ago — it’s quite quick. If I read that correctly, does it mean that you’re thinking that competition is fierce or that you should get a war chest in case there’s an economic downturn?

Stalf: I wouldn’t call it an economic downturn, but if you look at the equity market, obviously valuations have been challenged over the last couple of weeks. And I think we were lucky in terms of when we raised funding. I think it was good timing.

Independent of that, we’ve never raised because of any timing thing or so. Our company managed to do incredibly well in the last year in terms of profitability and growth. And we’ve had a lot of people approaching us, we’re always in contact with different investors. I always think the best time to raise is when you don’t need to raise. GIC and Insight are the best investors we could have thought of.

TC: Let’s talk about the future. Now, that you’ve got a ton of funding in your bank account. How do you see N26 in a couple of years as a product, as a company and as a brand?

Stalf: I think we have the opportunity to really build a business with a hundred million customers globally. I truly believe in this. And that means that we’ll have to build the brand that you need for such as business. It’s going to be a big focus.

If you look more at our company, we have now 700 employees in three locations around the world — Berlin, Barcelona and New York. We will open a couple of offices throughout the next year in Europe and maybe somewhere else in the world. So it's really awesome to transform our company to be more global — we already have 50 different nationalities.