Ubtech shows off pair of humanoid robots at CES 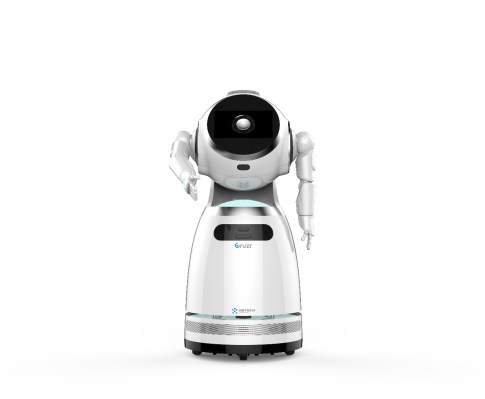 You’d be forgiven for not knowing the name Ubtech, Honestly, I wasn’t really familiar with the Chinese company until late 2017, when they brought a biopedal stormtrooper robot by our offices. The company’s about to get a pick up some traction, however. Last year, it announced that it had scored an $820 million Series C, led by Tencent.

With that little bit of wind it its sails, the company took to CES this week in full force, showing off a small army of robots. At the center of the announcements are updates to the company’s humanoid bots, Walker and Cruzr.

The bipedal Walker stands nearly five feet tall and weighs a beefy 170 pounds. The robot’s newly redesigned hands are capable of grasping and manipulating objects, while the self-balancing torso makes for smooth bipedal movement The robot interacts with its environment in a number of ways, including voice, touch and vision. Ubtech says Walker will be launching “in the very near future.”

Cruzr, meanwhile, is designed to help provide customer service, making it something akin to Softbank’s Pepper. The wheeled robot is already in use in a number of locations. A revamped version of the robot with an amped up processor, LTE connectivity and improved servos will be arriving soon, marking the first time Cruzr has been on sale in North America.