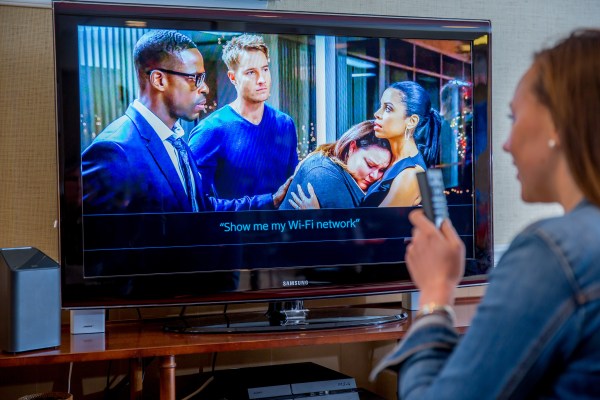 As Comcast continues to hone its ambitions to be the hub around which our many connected devices and services revolve in your home, and Intel continues to build smaller, faster and more efficient chips, the two are announcing a key deal to give Comcast an edge over the likes of Amazon, Google and the field of other home broadband providers.

Today at CES — alongside new 9th generation chips, a new integrated, a hybrid “3D” chip in a new project called Lakefield, and its Ice Lake 10nm chips —  Intel said it would collaborate with Comcast on devices and services to enable super-fast broadband speeds of 10 Gigabits per second (a new priority for Intel) for its Xfinity broadband service, as well as in-home WiFi 6, aka 802.11ax, the newest, faster WiFi standard that requires less energy to work, and sits as an alternative to 5G for IoT connectivity.

In an interview earlier today, Tony Werner, the president of technology, product and “Xperience” at Comcast Cable, said this latest partnership — the two have worked on technologies and projects before — will see Intel providing Comcast with tech for its xFi advanced gateways to work with 8th generation Intel Core processors for PCs and other devices, which were launched in August last year. (Financial terms of this deal are not being disclosed at this time, the companies said.)

The tech will come by way of Intel’s Puma system on a chip — yes, the same one that saw a lot of controversy because of a bug that let malicious hackers massively slow down the performance of a modem running 5th, 6th and 7th generations of the chip (a firmware update ultimately fixed the flaw).

The first devices that will be able to work with the faster speeds are expected to be rolled out in 2019, while Comcast expects its first 10 Gig and WiFi 6 services will come in 2020 — just in time for the Olympics, which both companies happen to sponsor.

(To be specific, that’s service availability: it’s not clear how long it will take for consumers to want the faster speeds. Comcast rolled out 1 Gigabit Xfinity broadband in 2016 and Werner said the service now extends across 58 million people, but he declined to say how many of those are actually using the service.)

The opportunity that Comcast and Intel are hoping to connect with has to do with how we use the Internet today, and how that is expected to develop in the years ahead.

Many individuals and homes already have multiple connected devices beyond a phone and computer — that includes any number of “smart home” devices that you can control or monitor by way of an app as well as smart watches and more. According to estimates from Cisco, that figure is expected to balloon by 2022 to 13.4 connected devices on average per person.

Then there is what we’re doing with those devices: video and streaming are the name of the game today, and as speeds have started to get faster and more reliable, and devices have gotten better, people have come to expect more of these services, such as faster performance, better and more immersive video, and the ability to upload video (of yourself!) as much as to be able to stream down content.

“Look at the rise of gaming and e-sports, where players want to create content and stream with friends as much as play,” said Gregory Bryant, Intel SVP and GM of the Client Computing Group in an interview. “Those are the usage models and applications that need low latency and are becoming more mainstream.” He also pointed out that another big strain on home networks is the fact that multiple people may be doing multiple things simultaneously: it’s no longer about the family crowded around one TV set in the living room. “It’s about personal broadcasting,” he said.

Other content that would become more user-friendly with the faster network speeds includes 4K video, “volumetric” 3D video and other immersive content.

Bryant said that while Intel works with a number of carrier partners to provide tech for their broadband gateways, this work with Comcast is the largest and most extensive example of that. At a time when Intel faces competition on a number of fronts from the likes of AMD, Nvidia and many others, securing a deal with a major carrier with equally major ambitions remains a lucrative way of not just generating revenues but also showing off what you are capable of doing for future customers.