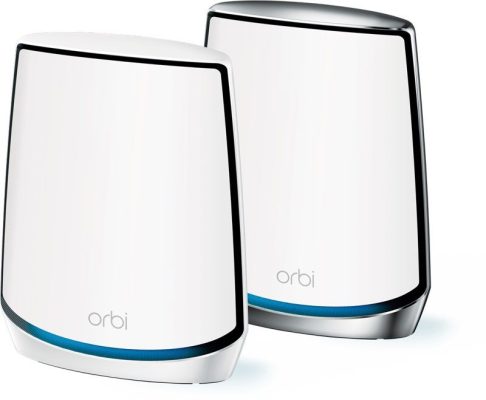 My favorite mesh gear, Netgear’s Orbi, has gotten a considerable speed update. The new router, called the RBK50, supports Wi-Fi 6 802.11ax technology which will send gigabit wireless speeds from router to router in your mesh.

WiFi 6 is still new to the industry and there isn’t much support outside of specific hardware like this.

Performance of the industry leading Orbi Mesh Wi-Fi Systems is improved by adding 1024 QAM with a 4×4 Wi-Fi 6 backhaul, increasing the speeds, coverage and capacity of this dedicated wireless link between the Orbi router and satellites.

With an advanced Wi-Fi 6 networking SoC from Qualcomm Technologies, Inc., Orbi with Wi-Fi 6 will support even higher performance simultaneous Wi-Fi streams, making it possible to deliver gigabit internet to far more devices and enable these gigabit internet homes to take advantage of new Wi-Fi 6 performance, which will be designed into the next generation of mobile and smart home devices.

The new routers will ship in Q3 2019 or later. No pricing is available yet.