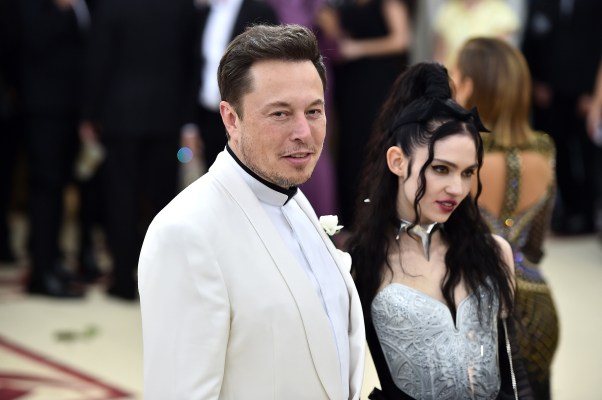 Tesla CEO Elon Musk is looking to keep his ex-girlfriend Grimes and alleged acquaintance Azealia Banks out of the official record of a lawsuit concerning his “420” “joke” that brought the SEC down on him. An attempt to subpoena both Grimes and Banks was met with stiff opposition by Musk’s lawyer, who accused the plaintiffs of attempting to sensationalize the case.

As you may remember — though it seems so long ago now — Musk tweeted that he was “considering taking Tesla private at $420,” adding “Funding secured.”

Those initiated in weed culture recognized the nod to the official time of day for getting high, and soon afterwords came Instagram posts from Azealia Banks claiming that she had been staying at his place at the time at the invite of Grimes, that he had been high at the time of the tweet and that the share price was chosen as a clumsy joke to impress his girlfriend.

There were also questions as to the actual existence of funding, the wisdom of announcing such an important thing on Twitter without telling his board, and so on, leading to action by the SEC and shareholders. As part of a lawsuit filed by the latter, the plaintiffs wanted to subpoena Banks and Grimes (real name Claire Elise Boucher), whom they suggested had relevant evidence. Musk’s attorney, Dean Kristy, pushed back in a motion of opposition.

He first complains that the plaintiffs did not follow procedure, but then suggests that Grimes is uninvolved and Banks is a “rapper” (in shade quotes) and a crank. Here’s the relevant excerpt:

Moreover, by targeting Mr. Musk’s girlfriend at the time (who has never worked for Tesla) and, according to published reports, a “rapper” who, based on the articles plaintiff has submitted, has a “history of making bold and sometimes unverified claims,” is a “veteran of long and nonsensical beefs [and has] feuded with everyone from Sarah Palin to Nick Cannon,” and has been “banned” from Twitter (see Pl. Exs. A, B), it is readily apparent that this is more of an effort to sensationalize these proceedings than a serious, legitimate effort to preserve “electronic documents” of third parties with first-hand knowledge of important facts.

A history of Banks’s greatest hits on social media followed, which I need not recap here.

Not only that, but there is no evidence, Kristy wrote, that Grimes, Banks or the media outlets also named were likely to discard any relevant evidence (Gizmodo, for example, is not going to delete its post on the whole affair, which is no doubt still getting traffic), for which additional reason the request should be denied.

Whether the plaintiffs will succeed in officially involving the parties in question is not for me to say, but it seems clear that at the very least they have unofficially involved them. Whether that proves a benefit or hindrance to their case in the end is similarly up in the air.