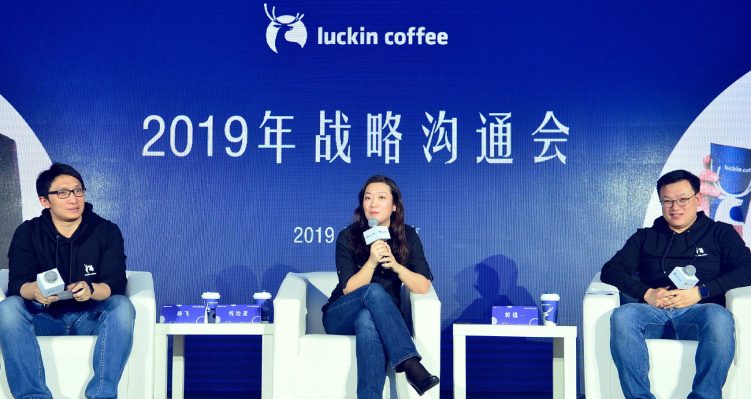 A one-year-old Chinese startup called Luckin is busy waging war against Starbucks as the new year unfolds. At an event on Thursday, Luckin announced that it aims to be the largest coffee chain in China by number of cups sold and outlets by 2019.

Caffeinated drinks are taking off in the tea-drinking nation. Average coffee consumption per Chinese consumer is expected to grow 18 percent between 2014 and 2019, well above 0.9 percent in the US. Starbucks is currently the largest player in China’s coffee market with 3,300 stores as of last May and a goal of topping 6,000 outlets by 2022.

Loss-making Luckin vows to more than double its number of locations from just over 2,000 to over 4,500 by the end of this year. It sounds like some kind of mission impossible given it took Starbucks 20 years to reach its current scale, but not all of Luckin’s facilities are the size of Starbucks’ sit-down shops.

Rather, Luckin operates a combination of cafes, tiny booths for customer pickup and take-out kitchens that dispatch deliverymen who bring drinks to people within 30 minutes, a big selling point of the company.

It also helps that Luckin has nailed powerful partners like food delivery giant Meituan Dianping after Starbucks teamed up with Ele.me. These moves in a way represent a proxy war between China’s two largest internet companies — Tencent and Alibaba, which backs Meituan and owns Ele.me, respectively.

Luckin has also scooped up loads of investments to power its lightspeed expansion. The company secured a $200 million series B funding round in December that valued it at $2.2 billion, only five months after it raised $200 million. It ventured into the market by shelling out large subsidies for consumers, with deep discounts like “buy five get five free.” It’s thus not surprising to see the company operating in the red. Luckin’s net loss amounted to at least 850 million yuan, or $124 million, within nine months in 2018, the company recently told local media.

“Our chief strategy is to quickly grab market share through subsidies, so losses are expected,” said Luckin, adding that it will press on with its subsidy-powered expansion.