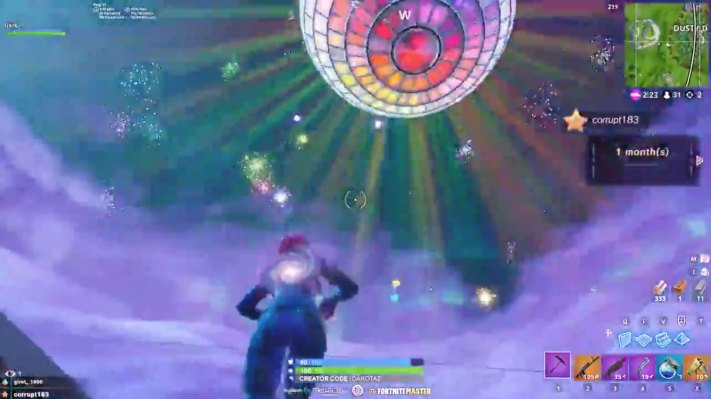 The folks over at Epic Games have a special treat in store for players hopping on Fortnite today. In celebration of New Year’s Eve all around the world, Fortnite is having an in-game live event where a massive, dropping disco ball descends on the map each hour, on the hour.

The virtual ball drop has the same affect on players as a boogie bomb, meaning that everyone playing Fortnite is collectively dancing each time the minutes on your clock read :00.

Obviously, the clock has already struck midnight and 2019 has officially begun in many parts of the world, but the in-game ball drop threw some players off guard.

Woke up to learn that many Fortnite players are unaware of time zones. We’re an educational and international game.

2018 was a huge year for Fortnite. Even beyond the turning of a new year, Epic Games has good reason to celebrate.