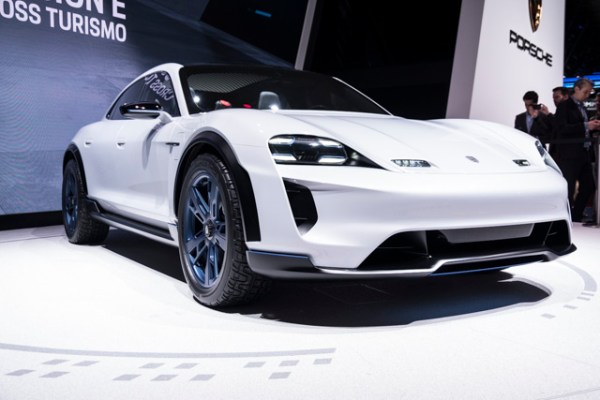 Porsche’s upcoming Taycan, which is expected to go on sale next year, will have at least three variants of the all-electric sports car, including an all-wheel drive version. But it’s the Taycan Turbo — the name Porsche is giving its top-of-the-line variant — that reveals the automaker’s strategy.

The names: the Taycan for the base model, Taycan 4S for the all-wheel drive version, and Taycan Turbo for the performance variant, as well as prices ranges for each were first reported by columnist Alex Roy. As Roy notes, however, “turbo” is vocabulary used for internal combustion engine vehicles.

It appears the performance version of the Porsche Taycan EV will be branded “Turbo”.

Because ICE nomenclature is how one converts customers to EV.

Porsche parent company Volkswagen Group has pledged to spend more than $1 billion developing the Taycan, which roughly translates to  “lively, young horse” in a nod to its iconic emblem.

The electric vehicle is seen (in some circles) as a threat to Tesla, which has dominated the luxury electric vehicle market. With so much investment headed towards Porsche’s first all-electric vehicle, the German automaker is smartly using nomenclature familiar to its existing customer base, many of whom have never owned an EV.