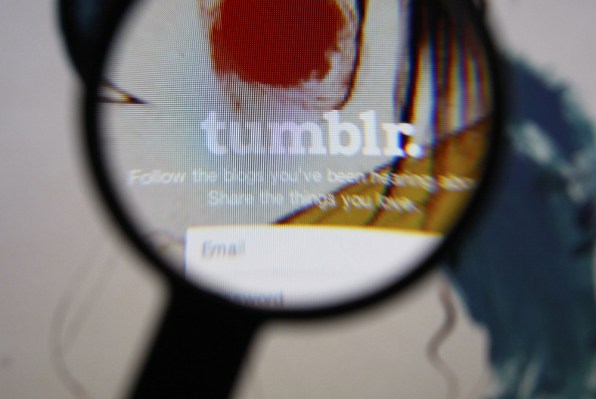 Indonesia, the world’s fourth largest country by population, has unblocked Tumblr nine months after it blocked the social networking site over pornographic content.

Tumblr — which, disclaimer, is owned by  Verizon Media Group just like TechCrunch — announced earlier this month that it would remove all “adult content” from its platform. That decision, which angered many in the adult entertainment industry who valued the platform as an increasingly rare outlet that supported erotica, was a response to Apple removing Tumblr’s app from the iOS Store after child pornography was found within the service.

This impact of this new policy has made its way to Indonesia where KrAsia reports that the service was unblocked earlier this week. The service had been blocked in March after falling foul of the country’s anti-pornography laws.

“Tumblr sent an official statement regarding the commitment to clean the platform from pornographic content,” Ferdinandus Setu, Acting Head of the Ministry of Communication and Informatics Bureau, is reported to have said in a press statement.

Messaging apps WhatsApp and Line are among the other services that have been forced to comply with the government’s ban on ‘unsuitable’ content in order to keep their services open in the country. Telegram, meanwhile, removed suspected terrorist content last year after its service was partially blocked.

While perhaps not widely acknowledged in the West, Indonesia is a huge market with a population of over 260 million people. The world’s largest Muslim country, it is the largest economy in Southeast Asia and its growth is tipped to help tripled the region’s digital economy to $240 billion by 2025.

In other words, Indonesia is a huge market for internet companies.

The country’s anti-porn laws have been used to block as many as 800,000 websites as of 2017 — so potentially over a million by now — but they have also been used to take aim at gay dating apps, some of which have been removed from the Google Play Store. As Vice notes, “while homosexuality is not illegal in Indonesia, it’s no secret that the country has become a hostile place for the LGBTQ community.”