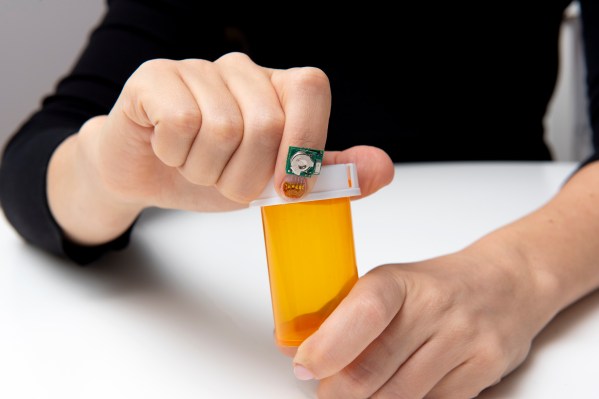 IBM today announced that it has developed a small sensor that sits on a person’s fingernail to help monitor the effectiveness of drugs used to combat the symptoms Parkinson’s and other diseases. Together with the custom software that analyses the data, the sensor measures how the nail warps as the user grips something. Since virtually any activity involves gripping objects, that creates a lot of data for the software to analyze.

Another way to get this data would be to attach a sensor to the skin and capture motion, as well as the health of muscles and nerves that way. The team notes that skin-based sensors can cause plenty of other problems, including infections, so it decided to look at using data from how a person’s fingernails bend instead.

For the most part, though, fingernails don’t bend all that much, so the sensor had to be rather sensitive. “It turns out that our fingernails deform – bend and move — in stereotypic ways when we use them for gripping, grasping, and even flexing and extending our fingers,” the researchers explain. “This deformation is usually on the order of single digit microns and not visible to the naked eye. However, it can easily detect with strain gauge sensors. For context, a typical human hair is between 50 and 100 microns across and a red blood cell is usually less than 10 microns across.”

In its current version, the researchers glue the prototype to the nail. Since fingernails are pretty tough, there’s very little risk in doing so, especially when compared to a sensor that would sit on the skin. The sensor then talks to a smartwatch that runs machine learning models to detect tremors and other symptoms of Parkinson’s disease. That model can detect what a wearer is doing (opening a doorknob, using a screwdriver, etc.). The data and the model are accurate enough to track when wearers write digits with their fingers.

Over time, the team hopes that it can extend this prototype and the models that analyze the data to recognize other diseases as well. There’s no word on when this sensor could make it onto the market, though.