Delivery Hero sells its German business to Takeaway.com in a $1.1B deal 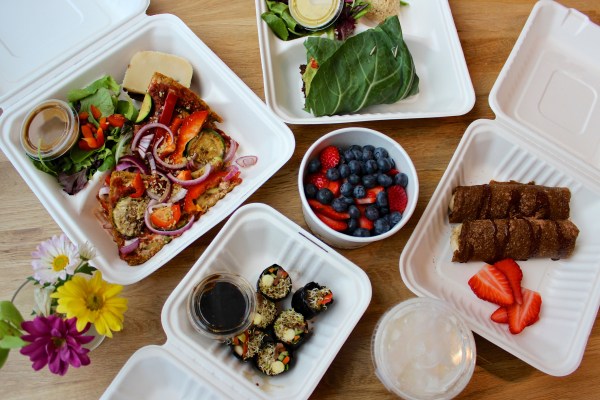 One more big consolidation play is underway in the highly competitive European food delivery business, amid more pressure from newer players like Uber Eats and Deliveroo. Today, Delivery Hero announced that it will be selling its operations in Germany — its actual home market — to Dutch rival Takeaway.com for a total consideration of €930 million (or about $1.1 billion).

The deal covers all of Delivery Hero’s operations in Germany, which include the Lieferheld, Pizza.de and foodora brands, which will now merge with Takeaway.com’s Lieferando.de brand. The financial terms: €508 million in cash and 9.5 million Takeaway.com shares worth c. €422 million, giving Delivery Hero an 18 percent share of Takeaway.com. Delivery Hero also will get a seat on the board unless it sells off shares that brings its holding to less than 9.99 percent. The companies say the deal should be closed in the first half of 2019.

The market is reacting positively to Delivery Hero’s news: its market cap is currently €5.9 billion and shares are up more than 14 percent in current trading. Meanwhile, Takeaway is valued at €2.5 billion and its shares are up by more than 24 percent.

“This transaction provides Takeaway.com with a stronger proposition for both consumers and partner restaurants in the German market. It also allows Takeaway.com to operate on a significantly larger scale which is essential in building a profitable online food delivery business,” said Jitse Groen, CEO and founder of Takeaway.com, in a statement. “Although the transaction almost doubles Takeaway.com’s orders in Germany, there is still ample growth ahead, given that penetration of online food delivery in Germany is amongst the lowest in Europe. We look forward to welcoming Delivery Hero as a shareholder.”

Delivery Hero may have had its start and global headquarters in Berlin in 2010, but the company has made a lot of moves over the years to build and acquire food delivery businesses across a wide network of other countries, with a particular focus on emerging markets — not unlike another German e-commerce player, Rocket Internet, which itself was a big rival of Delivery Hero’s in food until the two undertook their own merger in a coopetition play.

“This transaction enables us to strengthen our globalfootprint and increase our focus on our key growth regions while becoming a shareholder in Takeaway.com, enabling Delivery Hero to benefit further financially from any additional value that Takeaway.com may create,” said Niklas Östberg, CEO of Delivery Hero, in a statement. “My sincere thanks go to our German teams for doing such a tremendous job and creating such outstanding businesses.”

As you can see from the very names of these brands, and the fact that Delivery Hero already operated three different delivery networks in the country, there is a lot of overlap both within the companies, and likely also for consumers taking these services, and it is no surprise to finally see them coming together. Although players like Amazon may have retreated a bit in the food delivery arena in Europe, there is still a ton of competition and overlap and that will likely mean we’ll see yet more consolidation ahead.