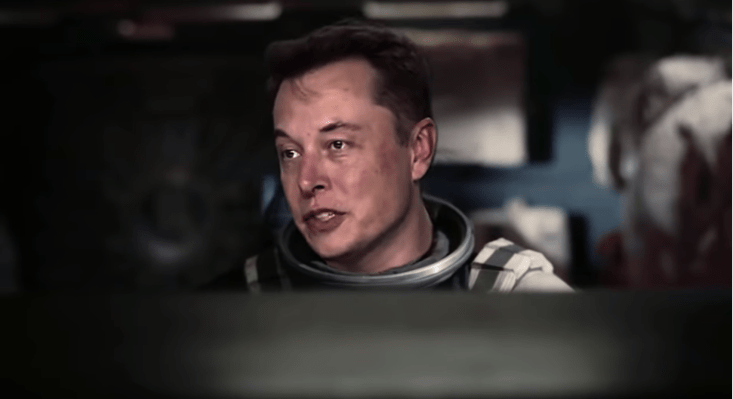 After leaving Elon Musk’s big Boring Company test tunnel reveal Tuesday night, TechCrunch stumbled upon a gem that only the interwebs can provide.

And because farting Teslas and an “entirely new system of transport” just wasn’t enough for the last 24-hour Elon Musk news cycle, TechCrunch is sharing what it found.

To be clear, this is a parody video. Elon Musk did not star in the movie “Interstellar.” The video’s creator, who goes by @KaziooFX on Twitter, didn’t use AI or neural nets to create the video. Instead, Kazioo explained via Twitter that traditional manual editing methods were used to place Musk’s face over actor Matthew McConaughey, who was in the film.

The video features footage of Musk in various interviews, including his public pot smoking debut on the Joe Rogan Experience. The video also includes what appears to be footage of SpaceX’s 16th Commercial Resupply Services mission (CRS-16) to the International Space Station.