Sprout Social raises another $40.5M to double down on social tools for businesses 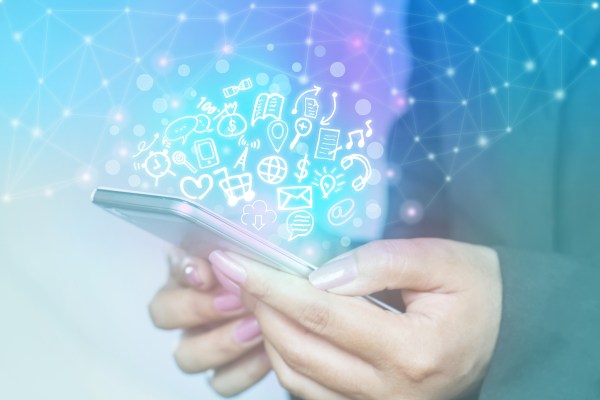 Sprout Social, a social media monitoring, marketing and analytics service with 25,000 business customers that helps these organizations manage their public profiles and interact with customers across Twitter, Facebook, Instagram, LinkedIn, Pinterest and Google+ (soon to RIP), has raised $40.5 million in funding in order expand its business internationally and add more functionality to its platform.

The money — a Series B led by Future Fund with participation from Goldman Sachs and New Enterprise Associates — brings the total raised by Sprout to $103.5 million to date. We’ve asked the company about its valuation, and we’ll update as we learn more. For some context, Sprout last raised in 2016 — $42 million also from Goldman Sachs and NEA — and at the time it had a post-money valuation of $253 million, according to PitchBook.

That cold mean that the valuation now is just shy of $300 million. But between then and now, there have been some interesting developments that could have shifted that price in either direction.

On one side, multiple sources have told us that Sprout was being courted by Microsoft for acquisition at one point (both companies declined to comment on this for us at the time we were looking into it). One reason, one source told us, that the deal didn’t go through was because they couldn’t reach a deal on pricing.

On the other, one of Sprout’s biggest competitors, Hootsuite (with 15 million users, paid and free), has been rumored to be shopping itself for about $750 million, or potentially going public, while smaller competitors have moved in on some consolidation to bulk up their own presence in the field.

In the meantime, Sprout itself has been growing. The company’s 25,000 customers are up from 16,000 two years ago, with current users including Microsoft, NBCUniversal, the Denver Nuggets and Grubhub and MTV.

One of the reasons for the growth is the larger shift we’ve seen in how businesses interact with the outside world. Social media is today perhaps the most important platform for businesses to communicate with their users: not only has social media helped customers circumvent the often frustrating spaghetti that lies behind the deceptive phrase “contact us” on websites, but social media has become a spotlight, which businesses have to watch lest a sticky situation snowballs into a public relations disaster.

Platforms like Twitter and Facebook, to grow their revenues, have ramped up their efforts to work on social media campaigns and interactions directly with organizations. But there is still a place for third parties like Sprout Social to manage work that goes across a number of social sites, and to address services that the social platforms themselves do not necessarily want to invest in building directly.

“I think there are a bunch of reasons why we don’t build bot experience ourselves,” Jeff Lesser, who heads up product marketing for Twitter Business Messaging, told me when Sprout launched a “bot builder” to be used on Twitter, and I asked him why Sprout shouldn’t worry about Twitter cannibalizing its product. “There are millions of types of businesses that can use our platform, so we’re letting the ecosystem build the solutions that they need. We are focusing on building the canvas for them to do that.”

In other words, while Sprout (and competitors) should always be a little wary of platform players who may decide to simply kick them off in the name of business, there are always going to be opportunities if they have the resources double down on more tech to solve a different problem, or simply execute on fixing an existing problem better.

“Social marketing and social data have become mission-critical to virtually all aspects of business. Sprout’s relentless focus on quality and customer success have made us the top customer-rated platform in every category and segment,” said Justyn Howard, CEO of Sprout, in a statement. “In many ways, social is still in its infancy, and we’re fortunate to help so many great customers navigate this evolving set of challenges.”