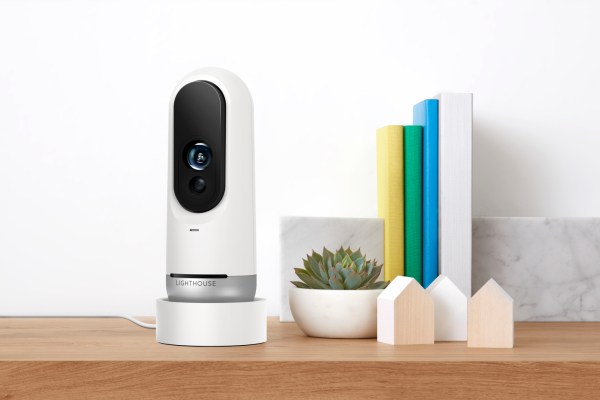 Smart security camera maker Lighthouse AI is calling it a day. The news, first reported by The Information, has since been confirmed by CEO Alex Teichman.

“I am incredibly proud of the groundbreaking work the Lighthouse team accomplished – delivering useful and accessible intelligence for our homes via advanced AI and 3D sensing,” the executive writes on the company’s homepage. “Unfortunately, we did not achieve the commercial success we were looking for and will be shutting down operations in the near future.”

Teichman also promises the company will provide refund details to those customers who have already bought into the product.

I was given a demo at Playground’s offices earlier this year and was impressed by its implementation of 3D sensing and artificial intelligence to get a much more focused picture of what the device is recording. From Greg’s initial writeup:

One aspect of Lighthouse that’s particularly unique is in how you’re meant to peruse your footage; it’s aiming to be less of a security camera and more of an assistant. Rather than scrubbing a timeline, you ask the in-app natural language processing system (think Google Assistant or Alexa, but it only cares about what’s going on in your house) for what you want. You ask it things like “Did the dog walker come on Wednesday?”, or “When did the kids get home yesterday?” and it responds with relevant footage.

Of course, some things just can’t be overcome. An overcrowded market is one. The space is flooded with products, while being mostly dominated by Netgear spin-off, Arlo. And then there was the $300 price tag. That’s well out of the range of much of the competition.

Teichman ends the write-up on a hopeful note, however, “We remain strong believers in a future with AI at your service, and look forward to inventing that future with you.” Perhaps we’ll see the company’s impressive technology implemented on another smart camera in the future?