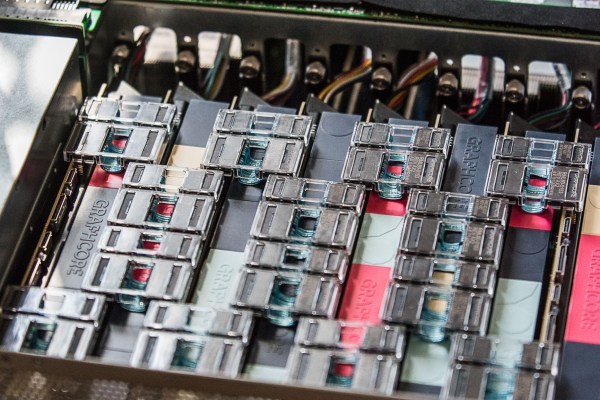 Graphcore says the Series D values the company at $1.7M. We’ve confirmed the valuation is $1.5M before including the new capital raised. We’re also told that all the new money is inbound, with no cash-outs at this growth stage.

The 2016-founded, Bristol-based startup, which is building dedicated processing hardware for machine learning applications, bagged $50M in Series C financing a year ago, led by Sequoia Capital. That came hard on the heels of a $30M Series B led by Atomico, in July 2017.

In a blog post announcing the Series D, co-founder Nigel Toon says interest in the round was high but that meant there was a bit of a balancing act between existing and incoming investors.

One new investor in the Series D is London-based Merian Global Investors, via their Merian Chrysalis Fund along with other funds they manage.

Also joining are two new strategic investors BMW and Microsoft — clearing excited by the potential of Graphcore’s flagship Intelligence Processor Unit (IPU) PCIe processor cards to accelerate the deployment of a range of AI-based technologies that intersect with their own R&D labs.

Commenting in a statement, Tobias Jahn, principal at BMW i Ventures, said: “The versatility of Graphcore’s IPU – which supports multiple machine learning techniques with high efficiency – is well-suited for a wide variety of applications from intelligent voice assistants to self-driving vehicles. With the flexibility to use the same processor in both a data centre and a vehicle, Graphcore’s IPU also presents the possibility of reduction in development times and complexity.”

“We had to tell lots of potential investors that we didn’t have room for them,” Toon adds.

Graphcore says the new funding will go towards scaling rapidly, with the company set to beef up its engineer teams at its Bristol HQ; its offices in London; Oslo in Norway; and Palo Alto in Silicon Valley.

It will also be opening new offices in Beijing, China and in Hsinchu, Taiwan.

Overall it says it intends to triple the size of its team.

“We will be ramping up our production and will be adding to our sales, marketing, finance, legal and people teams,” notes Toon. “Our goal is to build the global market leader in machine intelligence hardware and we are looking forward to an exciting new period of massive growth.”

Graphcore has been shipping its first products to early access customers this year — and generating its first revenues. And it says high volume production is now “ramping up” to meet demand for its IPU cards — which it bills as delivering an increase in speed of 10x to 100x vs current gen chipset hardware.

At the same time there’s growing competition in the dedicated AI chipset space — with what’s now an array of startups attracting an influx of VC dollars (SambaNova, Cerebras Systems, Cambricon Technology and Horizon Robotics, to name a few); alongside existing chip giants (like Intel and Nvidia) also now placing their own bets; and device makers like Apple getting deeper into designing their own silicon.

The race is certainly on to try out different ideas and architectures and see what meshes best with AI technologies and developers.