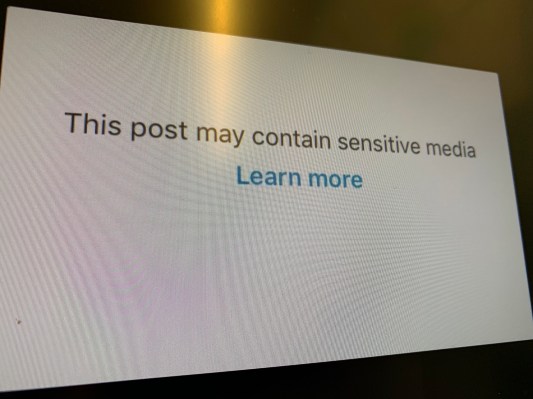 It’s the end of an era. Earlier this month, Tumblr announced that it would delete all adult content from its platform on December 17. That day, friends, is today.

The blogging platform has been furiously flagging posts as explicit since announcing the ban on December 3. Starting today, all of those flagged posts will be hidden from view. The site has been relying on computers to flag the content.

“Computers are better than humans at scaling process—and we need them for that—but they’re not as good at making nuanced, contextual decisions,” Tumblr notes. “This is an evolving process for all of us, and we’re committed to getting this right. That’s why we will always notify you if your content has been flagged as adult so that you have the opportunity to review it and take any additional action that may be needed.”

The fairly aggressive flagging process has already led to some hilarious mix ups. While it’s instituted a review process for site owners, pages that have been autoflagged will continued to be blocked by a content filter.

In spite of that concern, however, Tumblr’s bid appears to have worked, with the service having since returned to the App Store. Blog owners, meanwhile, have scrambled to find more adult friendly content platforms.