L.A. gets more moolah, thanks to Calibrate Ventures and its new, $80 million fund 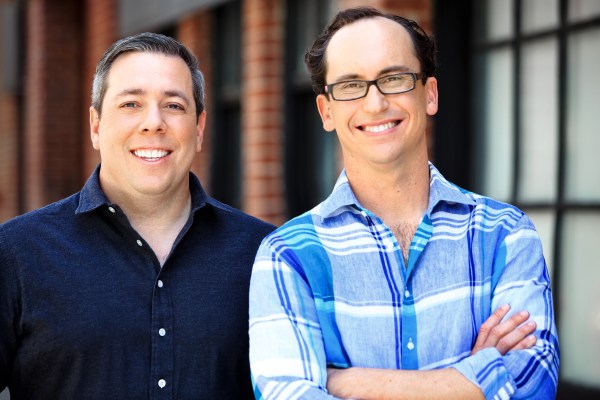 Two years ago, a couple of VCs from Shea Ventures, a 50-year-old, L.A. -based investment firm, banded together to create a Pasadena, Ca.-based early stage venture firm called Calibrate Ventures.

Investors clearly like what they’re building. Firm founders Kevin Dunlap and Jason Schoettler are today announcing that they have closed their debut effort with $80 million in capital commitments, including from Shea Ventures itself and from Foundry Group, the Boulder, Co.-based venture outfit that began dedicated a portion of its own capital to investing in other early-stage venture funds in 2016. (Both Foundry and the Bay Area-based venture firm True Ventures have been frequent syndicate partners of Dunlap and Schoettler, including during the 15 years the two spent with Shea.)

So what is Calibrate funding, exactly? Well, it has five portfolio companies so far. Three of these are bets on robotics companies, including the Bedford, Ma.-based flexible robot company Soft Robotics. It has also written checks to two software startups, including Broadly, an Oakland, Ca.-based mobile-first chat platform for local businesses. Dunlap says both fit into the firm’s mission of funding companies that augment today’s labor markets, or that enhance human productivity, or that simply offer cheaper, better services, like Dollar Shave Club, which he had backed while at Shea, or the home security company Ring, on whose board Dunlap had sat until the company sold for $1 billion to Amazon earlier this year.

As for the company’s obvious interest in robotics companies specifically, Dunlap says it’s far from a new area of fascination. In fact, Dunlap spent a year as an engineer with Nasa’s Jet Propulsion Lab in Pasadena. He and Schoettler have also been making related bets for years, including investing in Sphero (in their capacity as investors at Shea) and, more recently, under the Calibrate banner, funding Built Robotics, which retrofits construction equipment with the same sensor technology used in autonomous vehicles. As for what types of robotics companies interest them specifically, Dunlap says a company has to have a “subscription or service component to it. We don’t want to be investing in toy robot or a single-use robot and hoping that someone will want to buy version two or three later on.”

Either way, don’t expect to see the firm write too many checks. As Dunlap explains it, the firm, which is investing across the U.S., only plans to make 15 investments altogether with this new fund, investing between $3 million and $6 million into companies that are already seeing early revenue and that might be raising Series A rounds of between $10 million and $20 million.

“It’s important that the two of us do the work and spend time with all the times, and it’s important for us to do the work afterward, too,” Dunlap says, including referring Calibrate’s portfolio companies to potential future investors.

Thankfully, he says, unlike in years long past, that’s not the problem it once was for an L.A.-based firm. “Things have really matured here over the last five or six years,” he says. “Talent has been more of an issue in recent years than funding.” And nature seems to be solving for this, too. “You’re definitely starting to see more people moving here for the better weather and the cost of living. You’re also starting to see people leaving Dollar Shave Club and Snap and Honest Company and, over time, Ring.”

The duo area also bringing plenty of lessons learned to the table, they say, including the importance of “alignment, ad not just with founders but with other investment partners,” says Dunlap. It helps startups navigate around having “too much structure” involved in their financing rounds. It also keeps valuations “appropriate,” he says.

By the way, asked if he is seeing valuations soften at all with the zigs and zags of the public market, Dunlap says he isn’t, not in his part of the world, anyway. “When you’re talking about seed rounds around a concept or an idea, valuations can creep up, and those valuations may be coming down a bit right now.” When you’re instead “having a discussion with a company that has early revenue and metrics that you can point to, I’m not seeing any difference at all.”