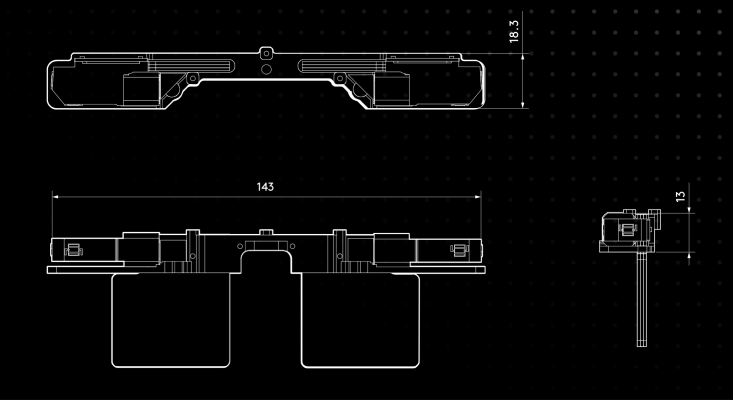 At the heart of the lightweight augmented reality glasses that you’ve been promised is the a display engine that a handful of tech companies are racing to improve.

WaveOptics is one such startup looking to expand the capabilities and shrink the form factor of waveguide displays.

The UK-based company has just raised $26 million in what it’s calling the “first stage” of its Series C. The money is coming from Octopus Ventures as well as IP Group, Robert Bosch Venture Capital, Gobi Partners, Goertek and Optimas Capital Partners.

Late last month, Sunnyvale-based DigiLens announced that they has raised new funding from Mitsubishi and Niantic. The increased movement comes just months after it was reported that Apple had acquired a waveguide display manufacturer, Akonia Holographics.

For so many of the companies, the mass market promise of AR is that they can eventually deliver something that every day consumers can use as a replacement for their smartphones.

Here’s a rundown of waveguides from WaveOptics:

The backbone of these AR systems are the increasingly shrinking waveguide displays. The display engines are incredibly complex and they’re both the most expensive component for most of today’s hardware and the piece of tech that is driving the bulky form factors we’re seeing today.

There will be some more iterative executions of the tech on the consumer side before things shrink down too much, but there are also quite a few existing industries where this tech already makes sense, particularly in the automative and enterprise workforce spaces where fashion is a distant second to utility.

While a lot of the players in the AR display race have been pushing up against the same shortcomings of this display type, there was some uncertainty for a bit as so much excitement rallied around Magic Leap and the giant leaps forward that they were talking about with fiberoptic scanning light field photonic chips and all.

Turns out it was mostly smoke and mirrors in terms of what appeared in the first-gen product, though Magic Leap has promised more advances are on the way for subsequent releases. Nevertheless, the looming presence subsiding is probably welcome news to more skirmish investors who want to be sure they’re backing the right horse.