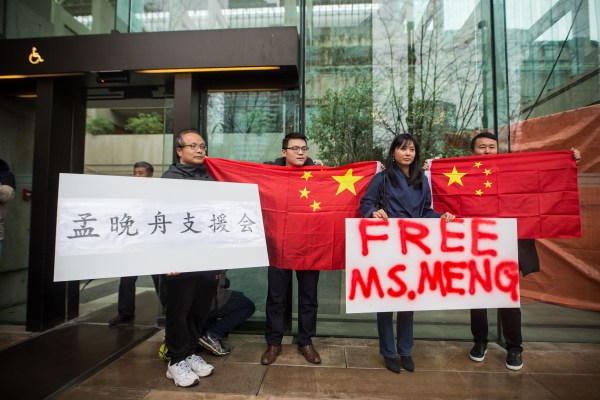 The Canadian government has granted bail to Meng Wanzhou, Huawei’s chief financial officer, 10 days after her arrest in Vancouver. The decision concludes a three-day court hearing in which the judge and the public prosecutor debated whether Wanzhou would breach her bail conditions.

Wanzhou, the daughter of Huawei founder Ren Zhengfei, has been accused of fraud with a maximum penalty of 30 years in prison. She was arrested by Canadian officials at the request of the U.S. government on December 1 while changing planes on her way to Mexico. As part of her bail conditions, the court has ordered her to pay C$10 million — about $7.5 million — and await U.S. extradition from her Vancouver home. According to reports, Wanzhou must relinquish her passport, wear an ankle bracelet and remain at home between the hours of 11 p.m. and 6 a.m.

Huawei didn’t immediately respond to a request for comment.