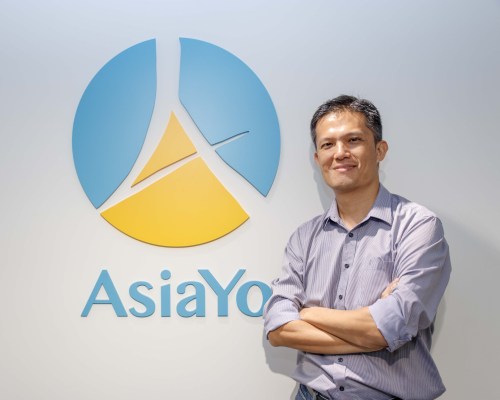 AsiaYo, a travel accommodation booking platform based in Taipei, Taiwan, has raised a $7 million Series B led by Alibaba Taiwan Entrepreneurs Fund, a non-profit initiative run by the Chinese e-commerce giant, and China Development Financial. Darwin Ventures and Delta Ventures also participated in the round, which brings AsiaYo’s total raised since its launch in 2014 to $10 million, including a $3 million Series A.

Founded by CEO C.K. Cheng, AsiaYo has grown over the past four years to a team of about 100 people and now claims about 300,000 members on its site. In addition to Taiwan, the platform also operates in Japan, Korea, Hong Kong, and Thailand, and says overseas bookings account for 60% of its business. AsiaYo’s new funding will be used to launch in new markets, with operations in Singapore and Malaysia and a new Japanese website slated to launch next year. Cheng told TechCrunch that it picked Singapore and Malaysia as its newest markets because of the amount of travel between the two countries, which are next to one another.

AsiaYo works with 50 partners, including Hong Kong Airlines, KKday, and Rakuten LIFULL STAY, to provide reward programs and deals on vacation bookings. The website is currently available in English, Chinese, and Korean and claims 60,000 listings across 60 cities. The startup targets younger tourists traveling within Asia with what it calls “hyper-personalized journeys” created with the help of its AI-based algorithm AYSort, which analyzes user behavior to provide booking suggestions.

In a press statement, Alibaba Taiwan Entrepreneurs Fund executive director Andrew Lee said “With rapid economic development across Asia, we have seen a significant rise in inter-regional tourism. AsiaYo has capitalized on this trend, demonstrating its growth potential. We’re currently working with AsiaYo to further develop technological capabilities in the travel industry.”

AsiaYo’s listings include a combination of rooms, apartments, hostels, and hotels, which means it competes against a wide variety of other accommodation booking sites, like Airbnb, Agoda, and HotelQuickly. The startup differentiates, however, by verifying listings with landlords before they go live for quality assurance and to “inspire travelers to step out of their comfort zone,” said Cheng. The company also provides multi-lingual customer support through several channels, including Line, Facebook, WeChat, and its own helplines.