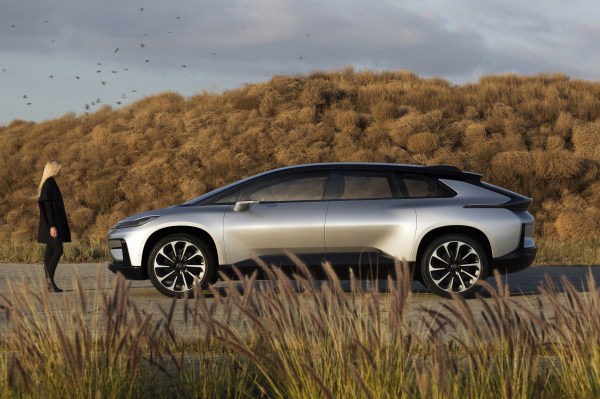 For a company with such a forward-looking name, the road ahead has been looking pretty bleak for Faraday Future. Debts, fleeing executives and payroll delays have clouded the last year of the automaker’s history — with ultimately very little to show for it.

Faraday took to Twitter today to note the latest in its continued slide brought on by a “financial crisis.” Due to a cash crunch, the car maker will be furloughing employees — at least 250, according to The Verge. That’s a fairly significant portion of the company’s headcount. In October, it made a sizable cut, reducing staff from 1,000 to 600 employees.

The company places the blame for this latest round of death by 1,000 cuts firmly at the feet of Evergrande Health, claiming that the investor is “refusing to make its scheduled payments” and in doing so, “unequivocally harmed FF employees worldwide, our suppliers, our partners and all of our reservation holders.”

The two parties have been at odds in recent months, following a $2 billion bailout from Evergrande over the summer. In October, the investor accused Faraday of “manipulating” and attempting to break an agreement with previous backer Smart King.

In the new letter, Faraday says it hopes to have the funding issues resolved in the next two to three months, though given how the year has gone for the company, it will likely be tough to find another eager investor, if things don’t get better with Evergrande. The company also says it’s committed to delivering the FF 91, but that too, will be a tough road.