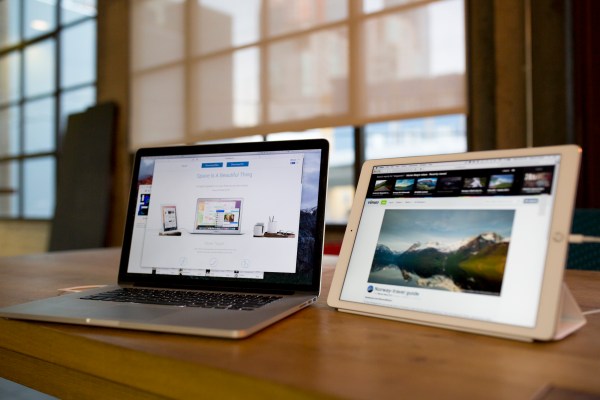 Duet Display is an app that lets you turn your iPad into a second Mac monitor. And the team behind it just released a major update that makes it much more efficient — it consumes less CPU resources and is now recognized as a true external display.

If you’ve used Duet Display over the past few years, you may have seen a change that made it worse, not better. At some point, Apple updated macOS and broke Duet Display’s method.

Duet Display had to use AirPlay as a fallback method. It made the app much less versatile as you were restricted to a handful of 16:9 resolutions with black bars.

But this is a thing of the past as Duet Display found a way to leverage GPU acceleration. It means that your iPad now appears as a display in macOS settings. It also should be more energy efficient. In my experience, it’s now much closer to a normal external display. If you’re traveling and need a lot of screen real estate, it’s a good solution.

Luna Display has been able to do the same thing using a hardware dongle. Duet Display is now catching up with its competitor by releasing this update.

Version 2.0 is a free update. Make sure to download the latest version on your iPad and your Mac. For new users, Duet Display costs $10. You can optionally pay $20 or $25 per year for additional features, such as wireless connectivity and Apple Pencil support.