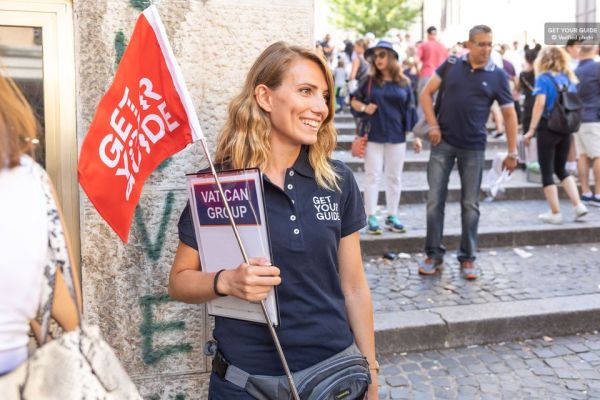 On the heels of Germany announcing another lockdown to try to contain the rapid rise in Covid-19 cases in the country, one of the hottest startups in its capital city is announcing the closing of a large convertible note to help it keep moving forward.

GetYourGuide, which in brighter times runs a thriving and viral business of arranging and running a series of walks and other exploration experiences for people touring different parts of the world — viral because it’s been taken up by a critical mass people who love to share pictures of their experiences on social media — has now closed funding, in the form of a convertible note, of €114 million ($133 million).

The company tells me that the convertible note will convert into equity when it next raises a round, with the investors getting a stake in the company at that point based on its valuation in that round. That round is not anticipated to be for another 12-18 months, which could be why some might think of a convertible note as a loan (and strictly speaking they are called ).

For some context, the company was last valued at over $1 billion after it raised a Series E of $484 million in 2019.

The funding comes not just at a tumultuous time for Germany amidst the global health pandemic, but the world in general, and also the tourism and travel industry in particular, which has been hit especially hard by the shut down of many flights and the ability to travel places, the closures of many facilities, as well as a general reluctance from consumers to congregate with lots of people who are not already in their “bubble.”

Johannes Reck, the co-founder and CEO of GetYourGuide, described the situation back in March as a “nuclear winter” to us.

However, at least this summer, things slightly started to recover, with GetYourGuide seeing a bounce back in its home country with ticket sales up 60% in Germany over the warmer months, with people also looking at making far-far-foward bookings in general, too.

All that said, GetYourGuide tells me that it’s now seen ticket sales of 45 million in aggregate on its platform, which is only up 5 million on its figures from January this year — a major slowdown in growth that speaks to the struggles companies like it are facing, and very likely far from the projections it had originally made for its expansion.

The plan is still to keep on keeping on, though, with an IPO remaining in its sights for the longer term.

Reck said today that the fundraising is one of the easier rounds it’s closed in its life as a startup — a mark of how investors, who are still flush with lots of money to invest, will continue to use some of it to help shore up the most promising but most hard-hit of its portfolio companies through the current crisis.

“After the pandemic, people will travel again, and experiencing the sights and culture of the world’s iconic destinations will be what they crave the most,” said Reck in a separate statement. “As the global tourism industry prepares to rebuild, GetYourGuide’s mission to give the whole world access to incredible experiences matters more than ever. This new financing is a vote of confidence in GetYourGuide’s readiness to lead the recovery of global tourism.”

It’s also enough of a promise that new backers are also coming in, it seems. Eric Zinterhofer at Searchlight Capital is a first-time backer of the company with this funding. “We have a natural affinity with the talented, entrepreneurial team at GetYourGuide, given Searchlight’s own enterprising culture and our success in partnering with founder-led businesses,” he said. “While 2020 has undoubtedly been a challenging year for the travel sector, we believe GetYourGuide has the right strategy, capabilities and investor support in place to rebound strongly once the pandemic is under control. We are excited to begin our work together.”