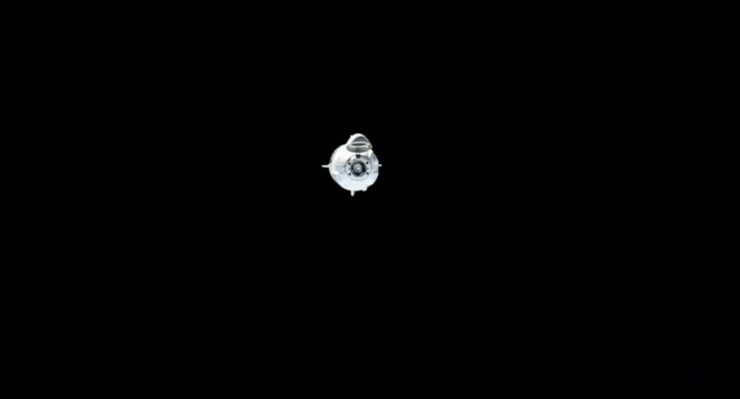 Today at around 10:30 AM EDT (7:30 AM PDT), SpaceX’s Crew Dragon capsule will dock with the International Space Station, with NASA astronauts Bob Behnken and Doug Hurley on board. The two have been in flight on orbit since launching from Kennedy Space Center in Florida yesterday at 3:22 PM EDT, a historic launch that made SpaceX the first private space company to fly people to orbit.

You can watch the livestream above to see the approach and docking maneuver, as well as the transfer process once the hatch opens and Hurley and Behnken make the short trip over from their spacecraft to the ISS. The astronauts will then serve on board the orbital lab for a shortened tour of duty, but taking part in all the activities a regular ISS rotation astronaut would do, before eventually heading home to Earth back aboard Crew Dragon in a few weeks.

This milestone mission is the first crewed flight for NASA’s Commercial Crew program, which will certify SpaceX’s Crew Dragon for regular operational missions carrying astronauts from the agency and its partners to and from the Space Station .

Ahead of the docking, the astronauts will be conducting manual tests of the spacecraft’s control system, their second test after an initial trial yesterday shortly after launch. Crew Dragon is designed to fly and dock entirely on its own, but part of this mission is ensuring that the manual controls work as designed in case astronauts ever need to make use of them in an emergency.