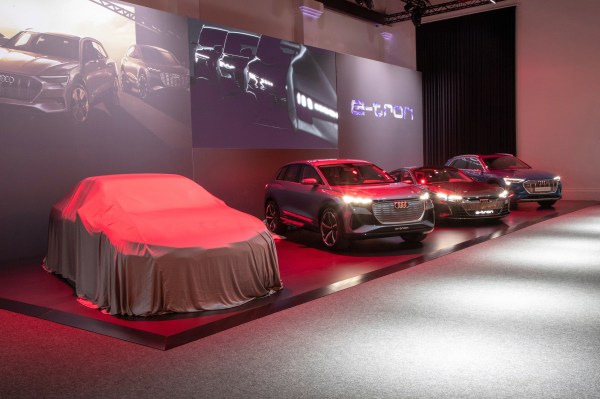 Audi has created a new business unit called Artemis to bring electric vehicles equipped with highly automated driving systems and other tech to market faster — the latest bid by the German automaker to become more agile and competitive.

The traditional automotive industry, where the design to start of production cycle might take five to seven years, has been grappling with how to bring new and innovative products to market more quickly to meet consumers’ fickle demands. The model is more akin to how Tesla or a consumer electronics company operates.

The first project under Artemis will be to “develop a pioneering model for Audi quickly and unbureaucratically,” Audi AG CEO Markus Duesmann said in a statement Friday. The unit is aiming to design and produce what Audi describes as a “highly efficient electric car” as early as 2024.

Artemis will be led by Alex Hitzinger, who was in charge of Audi’s Autonomous Intelligent Driving, the self-driving subsidiary that was launched just in 2017 to develop autonomous vehicle technology for the VW Group. AID was absorbed into the European headquarters of Argo AI, a move that was made after VW invested $2.6 billion in capital and assets into the self-driving startup.

Hitzinger, who takes the new position beginning June 1, will report directly to Duesmann. Artemis will be based at the company’s tech hub of its INCampus in Ingolstadt, Germany.

Artemis is under the Audi banner. However, the aim is for this group’s work to benefit brands under its parent company VW Group.  Hitzinger and the rest of his team will have access to resources and technologies within the entire Volkswagen Group . For instance, Car.Software, an independent business unit under the VW Group, will provide digital services to Artemis.  The upshot: to create a blueprint that will make VW Group a more agile automaker able to bring new and technologically advanced vehicles to market more quickly.

“The obvious question was how we could implement additional high-tech benchmarks without jeopardizing the manageability of existing projects, and at the same time utilize new opportunities in the markets,” Duesmann said.