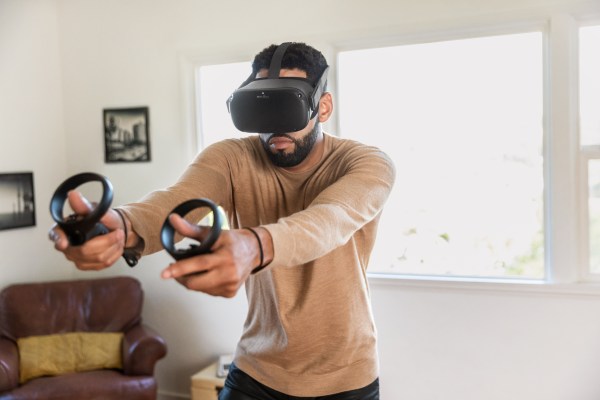 Despite a handful of devices and years of sales, Facebook has never shared unit sales of any of their VR headsets.

Today, Oculus released a new sales figure as the company reaches the 1 year anniversary of the release of the Quest headset. We didn’t get unit sales but the company did share that they’ve sold $100 million worth of Quest content in the device’s first year — a number that indicates that while the platform is still nascent, a handful of developers are definitely making it work for them.

Of that $100 million, Facebook says 20 titles have pulled in at least $1 million each with 10 of those eclipsing $2 million in sales. Just this past October, Facebook CEO Mark Zuckerberg had shared that Oculus had surpassed $100 million worth of content across all devices in its store, so this announcement seems to showcase that Quest titles are selling much faster than content for the company’s PC-based headsets.

Oculus has been struggling to keep supply chains open over the past several months in the midst of the COVID-19 pandemic — most of their headsets, like the Quest, have been sold out for most of 2020.

There are signs of growth though it’s clear the Quest is still a niche product. Facebook detailed on its most recent earnings call that the 80% year-over-year quarterly growth of its quarterly “Other” revenue [$297 million] was “driven primarily by Oculus products.”  Zuckerberg commented on sales of the company’s flagship VR device, “Quest has surpassed our expectations. I wish we could make more of them faster.”

Over the past year, Oculus has had good luck in pushing developers to downscale titles optimized for PC-based headsets to the Quest and many of the platforms winners have been titles that originally launched on Rift several years ago like Superhot VR.

Oculus has missed out on a small handful of hits that have landed on Steam’s VR storefront instead. The most notable of which was Valve’s recent launch of the heavily-hyped VR title Half Life: Alyx on its own Steam VR store. PlayTracker estimates that Valve has sold upwards of 650,000 copies, a number which could push that title’s revenue near $40 million. The title was compatible with the PC-powered Oculus Rift S, but is not optimized to run on the standalone Quest.

Oculus has recently been rumored to be working on a lighter, smaller version of its Quest headset which it had hoped to launch in late 2020, though that timeline may be pushed back by COVID-19.