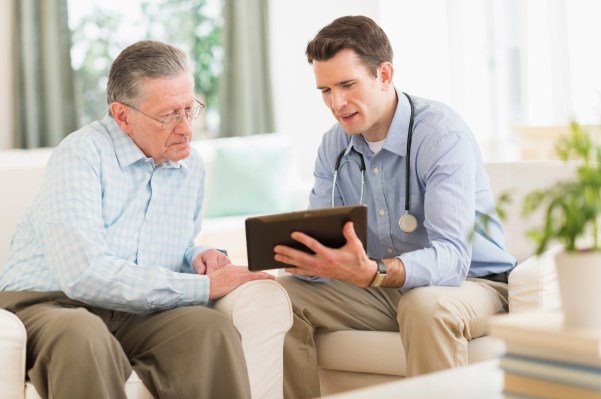 He tells TechCrunch he started the company after noticing how many of his male friends seemed embarrassed about medical conditions or simply didn’t know they could do something about it.

Vault operates on the assumption men face certain barriers to going to the doctor for things like hormonal imbalance and erectile dysfunction. The startup tries to remove these barriers by making it easy to book at-home appointments and get a work-up with a nurse practitioner.

“I want to de-stigmatize men’s health.” Feldman told TechCrunch. “You tell a guy to go see the doctor about his heart health and he likely won’t but you tell him you’ll bring him a doctor to help his penis and it’s a different story.”

Like many new concierge medical services that have popped up in the last few years, Vault does not take insurance, instead signing patients up via membership for $133 to $300 per month, depending on the type of service you sign up for. Compare that to Forward, which caters to both men and women and offers unlimited in-office visits and testing for $149/month or Roman, a men’s “digital clinic,” which offers free online evaluations, $15 doctor’s visits and prescription medications for similar services to Vault like erectile dysfunction, hair loss and testosterone support — although Roman requires patients see a physical doctor of their choosing within the last three years before they’re able to get prescriptions via digital services.

But Feldman doesn’t think his startup is anything like what’s out there right now, claiming it as the first national men’s healthcare provider. Vault offers specialty packages like testosterone therapy or the “sex kit” for an increased sex drive or stronger erections, something that sometimes diminishes as men age.

So far, Feldman has signed up over 500 medical practitioners to come to various home locations and has hired a chief medical officer to ensure medical standards are being met. He now plans to use the new funding to open up operations in 42 cities across the U.S. and work on spreading the word to all men nationwide that Vault is here for them.