With a string of hits behind it, Felicis Ventures wraps up its newest fund with $510 million 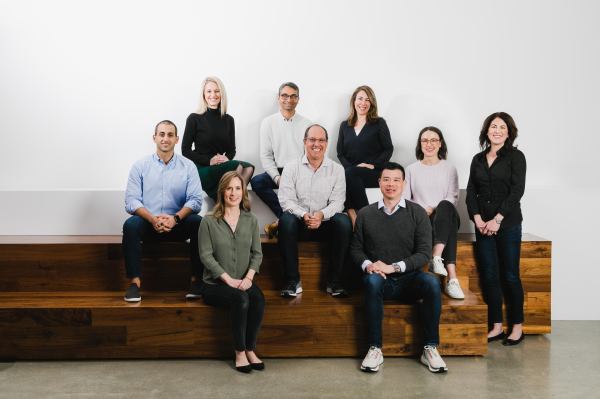 That’s almost twice what Felicis raised for its last fund, which had initially closed in 2018 with $270 million in capital commitments but wound up garnering $310 million when all was said and done. As notably, both funds are a far leap from where Felicis started in 2006, when Senkut, a former international sales exec with Google, decided to try his hand at investing using $4 million of his own capital.

Of course, every venture fund has grown bigger in recent years as more institutions have looked to find more ways into what’s been a fast-ballooning private company market. Indeed, until fears over the coronavirus abruptly began upending lives around the globe, the market and the money had largely moved in one direction since 2008. It’s natural to wonder whether there’s anything particularly different happening at Felicis or if its boat has risen along with the tide.

Naturally, the firm will tell you that it’s different. Senkut — helped by partners Wesley Chan, Sundeep Peechu; Wesley Chan; Victoria Treyger; and the firm’s youngest and newest addition, Niki Pezeshki — is mindful of creating an “antifragile” portfolio, for example. As Felicis defines it, that means the firm very intentionally makes uncorrelated bets across stages and geographies to bolster its overall resiliency.

Part of that strategy has led to bets around the world, even while Felicis only has offices in the Bay Area, including its Silicon Valley headquarters and an outpost in San Francisco. Those far-flung bets — including the graphic design firm Canva in Australia, the Ottawa-based e-commerce platform Shopify, and the Finnish payments platform Adyen — have arisen largely because Felicis settles on particular themes it wants to pursue, then chases after the team tit determines to have the biggest advantage over competitors. “We didn’t want to have [global] offices where you’re going to see 99 percent crap deal flow in that place,” Senkut told us by phone last week. “We pick the market first, then we pick the founders,” says Senkut.

It’s pretty clearly working, too. According to Cambridge Associates benchmarks, the firm’s lifetime cash-on-cash multiple across all funds was 5.4x as of January 2020, and its first three funds are in the top decile for their respective vintages.

The returns are thanks in part to Adyen and Shopify, both now publicly traded companies. But Felicis has seen a long string of other exits, too, including the IPOs of the blood testing company Guardant Health, the wearables company Fitbit, and the online training service Pluralsight.

That’s saying nothing of those of its portfolio companies to get acquired, including, most recently, Credit Karma, which was just gobbled up by Intuit; Plaid, sold in January to Visa; Ring, sold in 2018 to Amazon, Cruise, sold to General Motors in 2016, and, going farther back, Meraki’s 2012 sale to Cisco.

As for how its bigger fund changes the equation, Senkut says that Felicis — which had been writing checks as small as $1 million and as large as $20 million (one of these went to Guild Education in 2018) — will now be writing checks of up to $40 million on occasion.

It did this in late January, in fact, when a business security video company called Verkada closed on $80 million in Series C funding at a $1.6 billion valuation. It was Felicis that led the round.

Otherwise, Senkut suggests, Felicis’s plan it to stay the course — and that largely means staying out of founders’ way, apparently.

“VCs tend to overrate themselves,” says Senkut, who, it’s worth mentioning, tried getting a job with a variety of traditional venture firms upon leaving Google and was consistently turned away.

“You’re helpful when a big decision is getting made or founders need help with a big hire. But founders build the companies,” he continues, recalling his old bosses to underscore his point.”The VCs didn’t tell Larry [Page] or Sergey [Brin] anything. VCs are just lucky to be on the journey.”