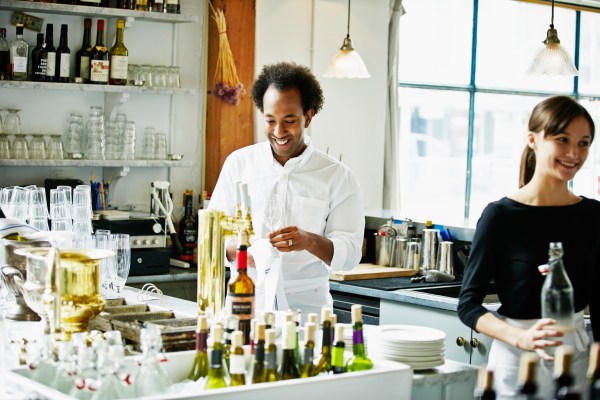 Small and medium enterprises make up the vast majority of businesses globally, and today a startup building merchant services to help them operate is announcing a growth round to address that opportunity.

SpotOn — which provides point of sale payment solutions, alongside a number of related tools such as marketing, appointment booking and loyalty services — has raised $50 million in funding, a Series B that it plans to use to keep expanding its business after a strong year: in the last 12 months the startup says that it has grown revenues by 150% and in these first couple of months of 2020 has added 5,000 customers to its books. The aim is to grow the company both in the US as well as internationally.

The funding is coming from a high-profile group of investors, among them 01 Advisors (the VC firm run by former Twitter execs Dick Costolo, Adam Bain and David Rivinus), Dragoneer Investment Group, Franklin Templeton and EPIQ Capital Group. Dragoneer and Franklin led the company’s previous round, a $40 million Series A raised less than a year ago.

This latest investment from former Twitter execs is an… interesting… one, given that the current CEO of Twitter (co-founder Jack Dorsey, who succeeded Costolo in the role) is also the CEO of Square, which is one of SpotOn’s biggest competitors.

“There are companies that build great products, and there are companies that build great sales teams, but it’s rare to find an organization that can do both,” said Dick Costolo, Managing Partner and Co-Founder of 01 Advisors, in a statement. “SpotOn has proven an unwavering commitment to building products that matter and getting them into the hands of businesses nationwide.”

Small and medium businesses have traditionally been a neglected stepchild in the world of tech: their needs are more particular and demanding than those of consumers, but they individually represent very small returns compared to much larger businesses, and they are often operating on much smaller and tighter budgets, making them less likely to experiment or upgrade services that basically work fine, or well enough.

That has evolved a lot in the last several years, as a host of new tech companies — capitalising on the growth of better devices, better connectivity and more advanced cloud technology — have built a number of services catering specifically to the SMB segment, with the belief that if you can do it efficiently enough, you can realise some clever economies of scale in providing smaller-margin services to a wide swathe of customers, and then if you can attract customers with one very useful tool — such as a good POS system — you can upsell them to a number of others.

This is the basic premise behind the growth of San Francisco-based SpotOn, but its numerous competitors. Alongside Square, they include PayPal, Clover, Lightspeed and many others.

SpotOn’s traction has partly come from the fact that it positions itself as an affordable, modular option — pricing varies depending on the package a company takes, but a package that is priced at $25/month for the first year (it goes up after that depending on volume) includes a range of tools plus add-ons for payments, hardware and other options. It’s also making an effort to continue expanding the services that it provides. Last year, it partnered with Poynt, another startup in the payments space, to integrate loyalty and marketing with payments; and it has made a number of acquisitions, including of website builder Lifeyo and EmaginePos, to enhance its own-brand services. It has also worked to develop solutions targeting specific verticals such as restaurants and salons.

Its traction with investors, meanwhile, stems from the fact that the founders have a successful track record in payments already. Specifically, two of the co-founders, brothers Zachary and Matt Hyman, previously co-founded and subsequently sold another company, Central Payment, to TSYS at a valuation of $850 million. Before that, they sold a previous startup called CardPayment to iPayment. The third SpotOn co-founder, Doron Friedman, also has a background in business services.

“Businesses need help navigating the digital shift in commerce, whether that’s utilizing new payment methods, leveraging actionable data or taking advantage of new mediums to communicate with their customers,” stated Zach Hyman, Co-Founder of SpotOn, in a statement. “Business owners are rapidly selecting SpotOn as their go-to technology partner, and we’re excited to continue building SpotOn into a household name within the business community and beyond.”

The company is not disclosing its valuation but we are trying to find out.