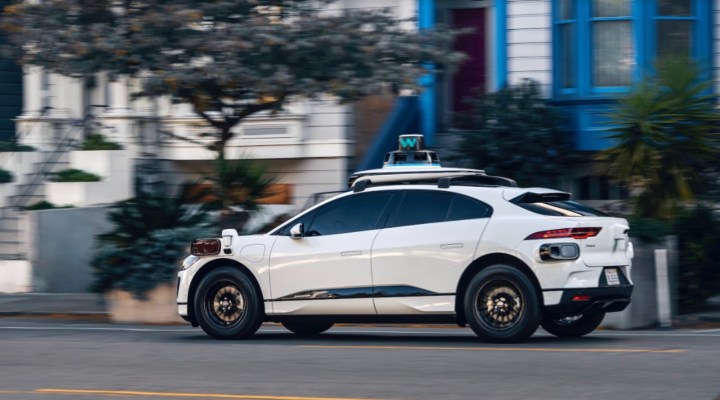 A little more than two and half years ago, Waymo engineers began working on a hardware sensor suite that would improve upon previous generations and have the capability to work on a variety of vehicles, from self-driving passenger cars to autonomous semi-trucks.

The autonomous vehicle technology company is now showing off the fruits of its labor, starting with its fleet of all-electric Jaguar I-Pace vehicles.

Waymo has integrated the next-gen hardware system into the Jaguar I-Pace vehicles and is using them for data collection to train machine-learning models. Waymo will then begin testing the I-Pace vehicles in autonomous mode with a human safety driver behind the wheel. Once Waymo hits that milestone, it will turn to its big-rig trucks. The I-Pace testing on public roads will continue and eventually Waymo employees will be able to hail the vehicles and try them out. The final step will be to roll the I-Pace vehicles into its Waymo One service, which operates in the Phoenix area.

This is Waymo’s fifth-generation hardware suite and, with more than a decade of research and development, one would expect it to be better and more capable than its predecessors. And it is, according to Waymo.

Of course, creating the most capable and robust hardware suite for a commercially deployed autonomous vehicle business doesn’t matter if it costs too much. Waymo says its new hardware suite is half the cost of its previous generation, reductions it achieved through a simplified design and manufacturing process.

This next-gen hardware suite is being manufactured on a line, not in a lab — although Waymo wouldn’t say where. The integration of these hardware suites occur at Waymo’s facility in Detroit.

All of these improvements take money. Developing, testing, validating and eventually deploying commercially viable autonomous vehicles is a capitally intensive undertaking. The constant need for cash has already squeezed several AV startups out of existence.

As a business under Alphabet, Waymo is in a different and more comfortable position. But that didn’t stop the company from raising $2.25 billion. Waymo announced last week the fundraising round, which was led by Silver Lake, Canada Pension Plan Investment Board and Mubadala Investment Company. This was the company’s first external investment, which also included Magna, Andreessen Horowitz and AutoNation and its parent company Alphabet.

The hardware suite has a new vision system that includes 29 cameras, which Waymo says provides different perspectives of the road with overlapping fields of view, as well as the ability to see a stop sign 500 meters away.

Waymo has also redesigned the architecture, outputs and signal processing capabilities of its radar to make it better suited for the requirements of a self-driving car.

Lidar, or light detection and ranging radar, has been a key piece of hardware for Waymo. The company has dedicated significant resources — time, people and money — toward the development of lidar in an effort to improve their capability and lower the cost. It’s a fundamental piece of the business, and in 2017 prompted the company to file a lawsuit against Uber alleging theft of trade secrets by a former Google engineer Anthony Levandowski — and the alleged use of those secrets by Uber.

And it’s no different with the fifth-generation system. Lidar, which at the most basic level is a form of digital imaging that provides a 3D picture of the environment, is still center stage. But there have been some important changes.

Waymo has combined its long-range and mid-range lidar into a single rooftop unit to provide a 360-degree view. The company has also developed new perimeter lidar sensors that are located at the four points of the vehicle. These short-range lidars are designed to enhance spatial resolution and accuracy and are most useful for low-speed applications when near-object detection and avoidance is necessary.

The upgrade to these short-range lidars will affect more than Waymo’s self-driving vehicle ambitions. Waymo announced in March 2019 plans to sell its short-range sensor (known as Laser Bear Honeycomb) to industries outside of autonomous vehicles. At the time, Waymo said it would initially target robotics, security and agricultural technology. The sales will help the company scale its autonomous technology faster, making each sensor more affordable through economies of scale, Simon Verghese, head of Waymo’s Lidar team, wrote in a Medium post last year.

Waymo said there have been sales of the laser bear units, but didn’t provide specific figures on how many or to which companies.