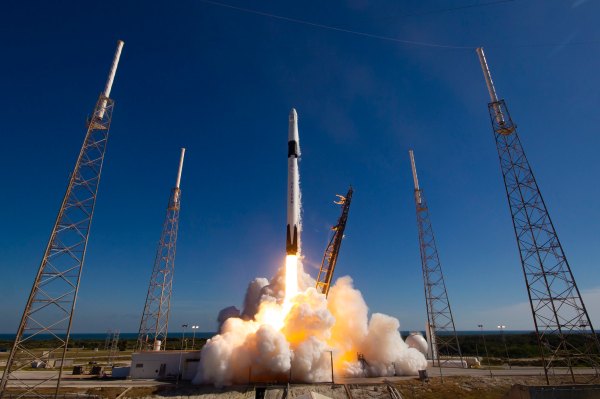 SpaceX has won the launch contract for NASA’s 2022 mission to explore the mineral-rich asteroid known as Psyche, the space agency announced today, including launch services and other mission-related costs valued at $117 million — remarkably low for a mission of this scale.

The Psyche mission will use a falcon Heavy rocket which will launch from Launch Complex 39A at Cape Canaveral Air Force Station.

Located between Mars and Jupiter, the Psyche asteroid is made of the exposed nickel-iron core of an early planet and represents a fragment of one of the earliest building blocks of our solar system.

NASA is hoping that the exploration of Psyche will yield to clues about the history of the evolution of terrestrial planets through the examination of Psyche’s own proto-planetary material.

The space agency’s Psyche mission includes two two secondary payloads: The Escape and Plasma Acceleration and Dynamics Explorers, which will study the atmosphere on Mars and the Janus mission, which will study binary asteroids.

NASA said its Launch Services Program at Kennedy Space Center in Florida will manage the SpaceX launch service and that the mission is led by Arizona State University .

“With the transition into this new mission phase, we are one big step closer to uncovering the secrets of Psyche, a giant mysterious metallic asteroid, and that means the world to us,” said principal investigator Lindy Elkins-Tanton of Arizona State University in Tempe, in a statement when NASA announced that it was approving the mission.

Pasadena, Calif.’s Jet Propulsion Laboratory will be the overall manager for the mission including system engineering, integration, testing and mission operations. The spacecraft’s propulsion chassis is a high-power solar electric rig provided by Maxar Space Solutions.

This announcement clears the way for Phases D, E, and F of the Psyche mission — the final official phases before launch.

As we wrote last year:

Phase D will begin in early 2021, and includes the final manufacturing and testing of the spacecraft along with the planned launch in early 2022.

Phase E will happen as soon as Psyche’s exploratory craft hits the vacuum of space, NASA said. It’ll cover the deep space operations of the mission and the collection of data for science. NASA expects Psyche will arrive at its eponymous asteroid on January 31, 2026 after buzzing Mars in 2023 (two years before Elon Musk  predicted the first human astronauts would arrive).

Instruments on the Psyche craft will include a magnetometer designed to detect and measure the remnant magnetic field of the asteroid. A multi-spectral imager will be on board to provide high-resolution images to determine the composition of the asteroid (how much is metal versus how much is a silicate). The craft will also include a gamma ray and neutron spectrometer to detect, measure and map the asteroid’s elemental composition, and a new laser technology that’s designed for deep space communications.