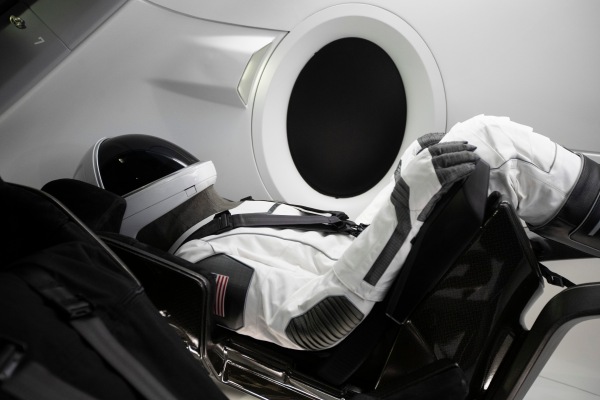 Space Adventures has worked with seven clients across high serrate missions to the International Space Station (ISS) for private paying commercial space missions, using paid seats on the Russian Soyuz rocket to get its clients to their destination. Its experience means it’s uniquely positioned in the commercial space tourism industry to actually make this happen, which means SpaceX likely will start flying paying customers as soon as its able to human-rate its Dragon spacecraft and begin scheduling flights.

This is not exactly a surprising development: SpaceX has been working towards certifying Dragon for human flight through the Commercial Crew program it is in the process of working on with NASA. This program has involved testing and development of the Crew Dragon spacecraft for carrying human astronauts, and it’s only a few months away from actually carrying NASA astronauts for the first time during a demonstration mission to the ISS.

SpaceX and NASA have both discussed how they envision the agency being only one of multiple customers for the company’s human-rated space travel service, since the entire purpose of the program is to help the agency defray the cost of transporting its astronauts by becoming one among many clients of a revenue-generating commercial spaceflight service.

SpaceX CEO and founder Elon Musk has previously discussed flying space tourists aboard Crew Dragon, which can carry up to four passengers per flight. He brought up the prior example of Soyuz as a model that could work for Crew Dragon, once it’s operational. Musk and SpaceX have also already booked a Moon pass-by trip for Japanese billionaire Yusaku Maezawa in 2023 on its forthcoming Starship spacecraft.

The Space Adventures Crew Dragon private astronaut trips are expected to begin sometime in either late 2021 or 2022 (likely around the same time or just after SpaceX will begin regular astronaut service for NASA if all goes well), and will take off from SpaceX’s launch site at Cape Canaveral in Florida. They won’t actually go to the ISS, like the Soyuz missions that Space Adventures has flown previously, but will instead fly higher than any previous private citizen has flown before during a trip to space, and offer obviously spectacular Earth views. No word yet on pricing, but expect it to be steep – likely much steeper than tickets aboard Virgin Galactic’s much lower altitude trip, for instance.