Cyber Monday on track to deliver $9.4B in U.S. online sales 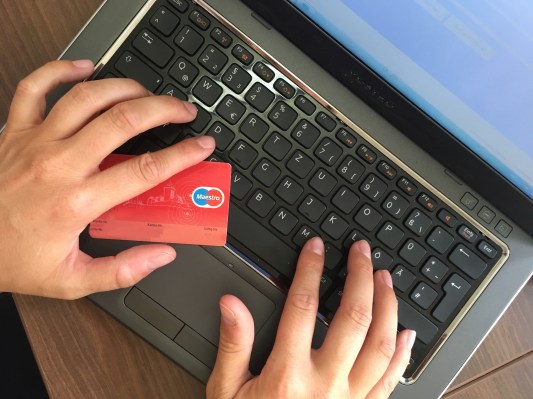 Cyber Monday online sales are on track to hit $9.4 billion today, a figure that’s up 18.9% year-over-year, and even larger than Black Friday’s record-breaking $7.4 billion in online sales, according to analytics from Adobe.

As of 9 AM Eastern on Cyber Monday, U.S. online shoppers had already spent $473 million, Adobe says.

Adobe’s forecasts and reports are based on over 1 trillion visits to U.S. online retail sites and 55 million SKUs. And its Adobe Analytics service is able to measure transactions from 80 of the top 100 U.S. retailers.

Through this weekend, consumers spent $7.4 billion, including “Small Business Saturday” and “Super Sunday,” which are newer terms for the big shopping days after Thanksgiving and Black Friday .

Top sellers so far have included Frozen 2 toys. L.O.L Surprise Dolls, and Paw Patrol toys, video games like Madden 20 and FIFA 20, and the Nintendo Switch. Electronics like Samsung TVs, Apple laptops and Amazon Echo devices also sold well. One report claims Apple may have even sold as many as 3 million pairs of AirPods from Black Friday until today.

Adobe says Cyber Monday shoppers today can expect the biggest discounts on TVs (savings of 19%, on average), toys (20% savings), and computers (18% savings). Furniture and bedding, however, may be cheaper on Giving Tuesday (tomorrow), at 10% off.

In addition to the usual factors that influence Cyber Monday sales, the shopping holiday may get a boost from the bad weather, too. When extreme weather arrives., shoppers tend to stay indoors and shop at home. On Black Friday, for example, states that recorded more than 2 inches of snow saw a 7% bump in online sales.

“Online shopping received some unexpected boosts this holiday season. Retailer fears of a shorter season meant that deals came much sooner than usual, and consumers took notice. In some areas of the country, adverse weather in the form of snow and heavy rain meant that many opted to stay home instead and grabbed the best deals online. Just look at Black Friday, which brought in $7.4 billion online and is just below last year’s Cyber Monday at $7.9 billion,” said Taylor Schreiner, Principal Analyst & Head of Adobe Digital Insights.

“Consumers are reimagining what it means to shop during the holidays, with smartphones having a breakout season as well. We expect that consumers will spend $14 billion more this holiday season via their phones,” Schreiner added.

Adobe also notes that Cyber Monday’s four golden hours — 10 PM through 2 AM ET — will bring in 30% ($2.8B) of today’s revenue as shoppers show up to grab the deals before they end. During the peak hour of 11 PM ET to midnight, shoppers will spend $11 million per minute.

Adobe’s forecast of $9.4 billion in Cyber Monday sales will likely be at least roughly accurate, but the company won’t have the exact total until the days ends — and it could end up being a little less. The actual Black Friday sales numbers came in just under Adobe’s prediction for the day of $7.5 billion, for example.

A related forecast from Salesforce is estimating slightly smaller Cyber Monday sales, by comparison. It instead predicts Black Friday will deliver $8 billion in U.S. sales and $30 billion worldwide — representing 15% and 12% year-over-year growth, respectively.