Cellphone plans get up to 40% costlier in India 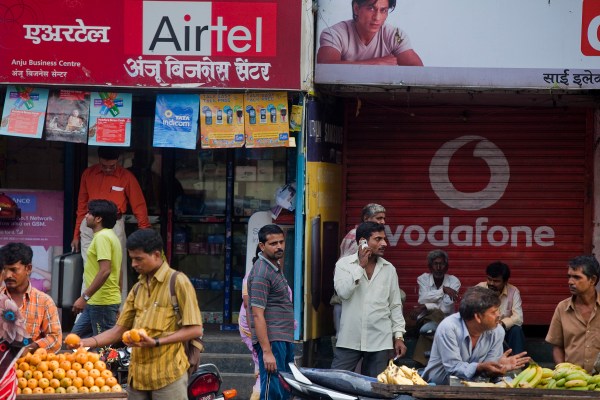 India has long been a wonderland for cellphone users. At a time when most telecom operators across the globe charge anywhere between $5 to $10 for a gigabyte of mobile data, telcos in India deliver that for just a few cents.

Spare another $2 to the same telecom operator, and you get a gigabyte of mobile data everyday for a month and all your nationwide calls become free.

How is that possible, you ask? In 2016, India’s richest man launched Reliance Jio, a telecom network that undercut the local competition by offering unlimited voice calls and bulk of 4G mobile data at industry-low prices. Vodafone and Airtel — two of the top three carriers in India — dramatically moved to revise their tariffs to aggressively compete with Jio, but in doing so they began to bleed a lot of money.

So now they are making some changes that suddenly make cellphone plans in the country less attractive — but fret not, these plans are still miles ahead of comparable offerings in most other markets.

Vodafone Idea, Bharti Airtel, and Reliance Jio — three telecom operators that command over 90% of India’s mobile subscriber base of more than 1.1 billion users — have hiked their tariffs by up to 42% for their prepaid customers. (In India, unlike many other markets, the vast majority of people prefer to pay as they go instead of signing up for a monthly subscription.)

The revised plans from Vodafone start from 26 cents for daily usage and go up to $33.4 for a year-long validity — that is about 42% costlier compared to the previous offerings. The operator’s new tariffs will go into effect starting Tuesday.

Bharti Airtel’s new tariffs are priced similarly, though the operator says it will offer “generous data and calling benefits” to make up for the hike.

The changes are a direct result to make up for the massive losses Airtel and Vodafone reported last month. In the quarter that ended in September, Airtel lost more than $3.2 billion, while Vodafone posted a loss of $7.1 billion.

While these losses reflect the competition heat that both the networks have been facing from Reliance Jio, which now leads the market with over 350 million subscribers, they largely address a one-time potential outstanding payment these companies owe to the government related to a court dispute surrounding 14-year-old adjusted gross revenue.

Last month, chief executives of both the telecom networks requested the Indian government to give them more time to pay the fine. Vodafone chief executive added that if the government did not budge, the British firm’s India business might just collapse.

The Indian government budged and offered a small bailout after it postponed certain payments.

Over the weekend, Reliance Jio said it would be introducing new plans, too, that will be “priced up to 40% higher” in a move to “strengthen the telecom sector” and strangely “keep consumers at the center of everything.” Its revised plans would go into effect this Friday.

Its announcement follows a two-month old decision to hike the prices after other telecom operators floated the idea that they would continue to levy what they call an “interconnect fee.”

When a call from one network is placed to a phone on another network, the former carrier has to pay an “interconnect fee” to the latter. Prior to 2017, the interconnect fee in the country was set at about 14 paise (roughly 1.8 cents) for each minute of the call. In 2017, the Indian telecom regulator cut the interconnect charge to 6 paise per minute, adding that in January 2020, the interconnect fee would no longer be valid. In recent months, Airtel and Vodafone, among other networks (but obviously not Reliance Jio), have been exploring ways to extend this deadline.

At any rate, some industry executives say that these tariff hikes were inevitable. Rajan Mathews, who heads the trade group Cellular Operators Association of India, said in a recent interview that the old prices were simply unsustainable for these businesses and carriers needed to address the price war more maturely.