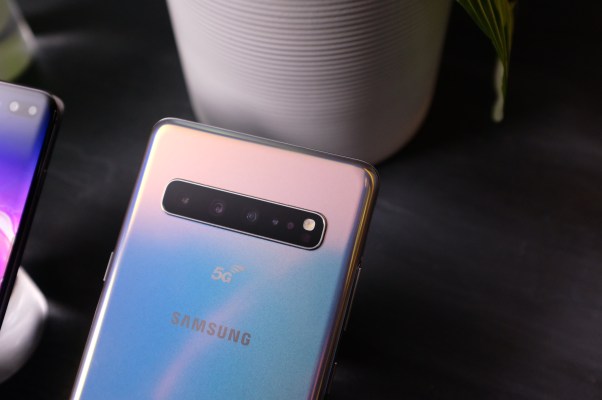 Samsung’s Q1 earnings are in and, as the company itself predicted, they don’t make for pretty reading.

The Korean giant saw revenue for the three-month period fall by 13 percent year-on-year to 52.4 trillion KRW, around $45 billion. Meanwhile, operating profit for Q1 2019 came in at 6.2 trillion KRW, that’s a whopping $5.33 billion but it represents a decline of huge 60 percent drop from the same period last year. Ouch.

Samsung’s Q1 last year was admittedly a blockbuster quarter, but these are massive declines.

Samsung said that sales of its new Galaxy S10 smartphone were “solid” but it admitted that its memory chip and display businesses, so often the most lucrative units for the company, didn’t perform well and “weighed down” the company’s results overall. Despite those apparent S10 sales, the mobile division saw income drop “as competition intensified.” Meanwhile, the display business posted a loss “due to decreased demand for flexible displays and increasing market supplies for large displays.”

That’s all about on par with what analysts were expecting following that overly-optimistic Q1 earnings forecast made earlier this month.

Samsung said the overall memory market will likely remain slow in Q2 although DRAM demand is expected to recover somewhat. It isn’t expecting too much to change for its display business, either, although “demand for flexible smartphone OLED panels is expected to rebound” which is where the company plans to place particular focus.

On the consumer side, where most readers know Samsung’s business better, Samsung expects to see improved sales in Q2, where buying is higher. It also teased a new Note, 5G devices — which will likely limited to Korea, we suspect — and that foldable phone.

The Galaxy Fold has been delayed after some journalists found issues with their review units — TechCrunch’s own Brian Heater was fine; he even enjoyed using it. There’s no specific mention in the quarterly report of a new launch date but it looks like the release will be mid-June, that’s assuming what AT&T is telling customers is accurate. But we’ll need to wait a few weeks for that to be confirmed, it seems.

Samsung says it will announce a revised launch date for the Galaxy Fold in the next few weeks.
Executives are speaking on a 1Q earnings conference call.