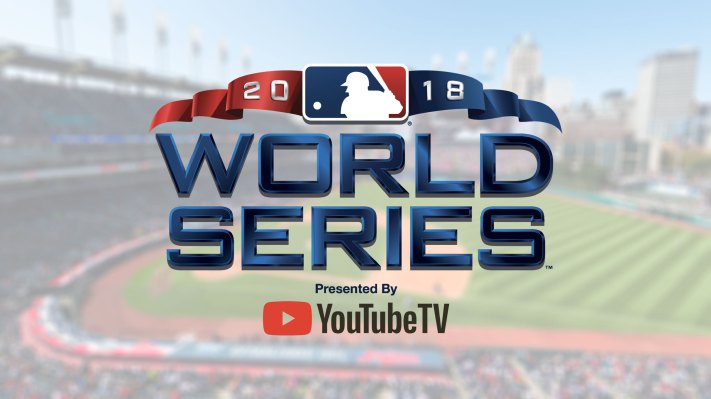 YouTube today announced a new partnership with the MLB which will allow the site to exclusively live stream 13 MLB games to both YouTube and YouTube TV during the second half of the regular baseball season. While YouTube TV had previously partnered with MLB — it’s currently serving as the presenting partner for the World Series, for example — this is YouTube’s first-ever exclusive live game partnership with the league.

The company says the schedule of the games and dates will be announced in a few weeks’ time, but will include 13 games that will be exclusively available to viewers in the U.S., Canada, and Puerto Rico for free on the MLB YouTube channel, and on a dedicated channel that will come to YouTube TV.

The games will also include a pre-game and post-game show, and will contain MLB and YouTube-themed content from popular YouTube creators, who have yet to be announced. The games will be produced and enhanced for the YouTube platform by the MLB Network’s production team.

“It’s incredible to team up with Major League Baseball for this first-of-its-kind deal together to provide both diehard baseball fans and our YouTube community with live games exclusively on YouTube and YouTube TV,” said Timothy Katz, YouTube’s Head of Sports and News Partnerships, in a statement. “With Major League Baseball’s expanding international fanbase, we are confident YouTube’s global audience will bring fans around the world together in one place to watch the games and teams they love.”

In addition to YouTube TV’s presenting sponsorship of the World Series (2017-2019), the two organizations have a history of working together. MLB has been live streaming games since 2002 on MLB.tv, and started its YouTube channel back in 2005. Today, MLB content and that from its 30 Clubs are available on YouTube including all old games since 2009. The YouTube audience generated 1.25 billion YouTube channel views in 2018 — up 25 percent over the year prior — the organization said.

“YouTube is an enormously popular video platform with impressive global reach and has served as a great environment for baseball fans to consume the game they love,” said Chris Tully, MLB Executive Vice President, Global Media, in the announcement. “We are excited to expand our partnership with YouTube to provide fans with an exclusive, customized live game viewing experience. With the media consumption habits of our fans continuing to evolve, MLB is committed both to expanding our roster of national broadcast platforms and to presenting live games in new ways to our fans,” Tully added.

MLB’s deal with YouTube comes on the heels of last month’s news that Facebook was significantly trimming the number of MLB games it would stream to just six non-exclusive games, down from the 25 exclusive games it streamed on Facebook Watch in 2018. Twitter, meanwhile, announced a deal with MLB last month that focused on more interaction between fans and the league on its social network.

For example, fans can vote for which players’ at-bats they want to watch live on Twitter every day, and the @MLB account will broadcast live shows around key events — like the London Series, Home Run Derby, All-Star Game from Cleveland, trade deadline, and the Postseason — as well as near real-time game video highlights.

The games’ arrival to a forthcoming channel on YouTube TV could entice more of the streaming service subscribers to upgrade to the full MLB Network add-on, which was made available last year alongside the news of the World Series sponsorship. YouTube TV doesn’t disclose subscriber numbers, but a March report from Bloomberg claims it has grown quickly and has now topped 1 million.