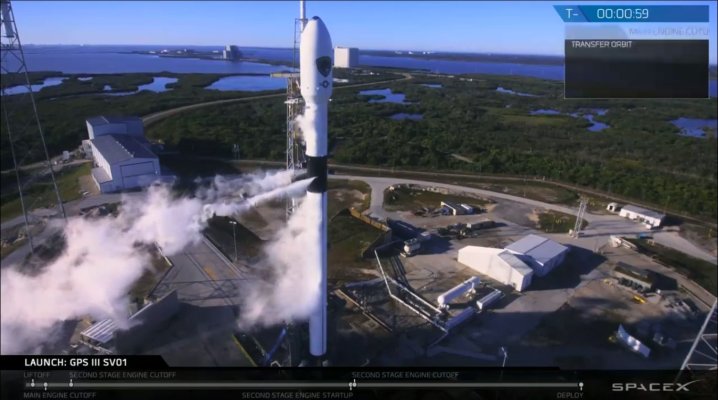 The company had planned to complete the launch, its last of the year, earlier this week but heavy winds imposed delays.

SpaceX won the National Security Space (NSS) contract with the Air Force in 2016 and intends to launch an additional four GPS III missions on Falcon 9, a two-stage rocket manufactured by the company.

The GPS is owned by the U.S. military and operated by the Air Force. Built during the Cold War, it’s been used for commercial purposes since the mid-2000s. The new GPS satellites, built by Lockheed Martin, will provide three-times better accuracy than the current system of GPS and will be eight times better at anti-jamming, according to SpaceX.

“This newest generation of GPS satellites is designed and built to deliver positioning, navigation, and timing information,” the company wrote. “GPS is used by over four billion users and supports critical missions worldwide.”

SpaceX has completed 21 launches in 2018, up from 18 last year, in what’s been a banner year for the company. Founded in 2002 by Elon Musk, it’s also said to be raising $500 million at a valuation of $30.5 billion to help fund its Starlink internet service project, which will see the company launching 11,000 satellites to improve internet connectivity around the globe. The new round of capital would bring its total raised to date to more than $2.5 billion.

You can watch the live stream of today’s rocket launch here.