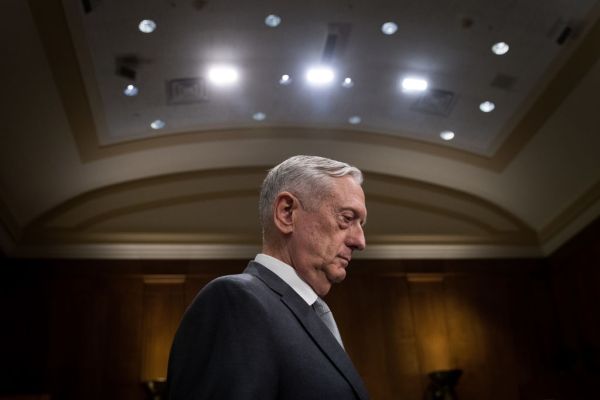 The man who led the Department of Defense for the first two years of the Trump administration will wrap up his tenure early next year. Retired Marine General James Mattis will leave his post by February 28, 2019. Mattis, who retired from the Marine Corps in 2013, received a special congressional waiver to serve as defense secretary.

President Trump characteristically announced the retirement in a pair of tweets, followed by a full resignation letter from Mattis.

In the letter, Mattis alludes to his fundamental ideological differences with Trump in leading the U.S. and interacting with its allies:

“My views of treating allies with respect and also being clear-eyed about both malign actors and strategic competitors are strongly held and informed by over four decades of immersion in these issues,” Mattis writes.

“Because you have the right to have a secretary of defense whose views are better aligned with yours… I believe it is right for me to step down from my position.”