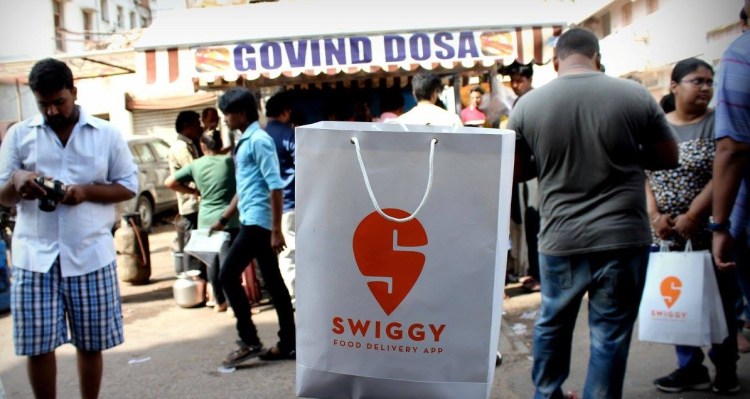 Naspers, the South African investment giant, is back at it again in India! Days after backing educational startup Byju’s by leading a $540 million investment, it has led a $1 billion investment in food delivery company Swiggy.

The new round sees Chinese internet and Naspers ally Tencent join the party, alongside fellow new investors Hillhouse Capital and Wellington Management Company. Existing backers returning to take part in this round include DST Global, Meituan Dianping and Coatue Management.

The deal is the largest investment in a food delivery company outside of China, and it means Swiggy is one of the few in the billion-dollar-round club. Others include Flipkart, which is now owned by Walmart, fintech startup Paytm, and OYO, which raised $1 billion from SoftBank’s Vision Fund, Southeast Asia’s Grab and others in September.

Swiggy was founded in 2014 and it claims to work with 50,000 restaurants in more than 50 cities in India. That’s up from 35,000 restaurants six months ago and the company claims it has doubled its GMV over that same period, although — like most private companies — it didn’t divulge specific data. Swiggy’s major geographical expansion saw it move into 42 cities in tier-two and tier-three India.

The company said in a statement that it plans to use the capital for hiring machine learning and engineering talent, and further its AI technology to improve matching and discovery inside its service.

Swiggy’s closest competitors include fellow unicorn Zomato, Ola-owned FoodPanda as well as Uber Eats, which came to India around 18 months ago.

The deal is a real triple down on India and Swiggy from Naspers, which has just seen the valuation of Byju’s soar to some $3.7 billion up from under $1 billion last year and first backed Swiggy in February before going back for more in June.

You’d imagine that the Naspers link is also a major factor behind Tencent’s arrival. The South African firm is (famously) an early investor in Tencent and, despite a well-reported share sale this year, it still maintains around 33 percent ownership in the internet firm — that’s worth around $120 billion as of today’s share price.

The deal takes Swiggy to $1.26 billion raised to date. That most recent June-round was $210 million at a $1.3 billion valuation. Swiggy isn’t disclosing a new valuation but Economic Times reports it as $3.3 billion.