Did unicorns like Lyft and Uber wait too long? 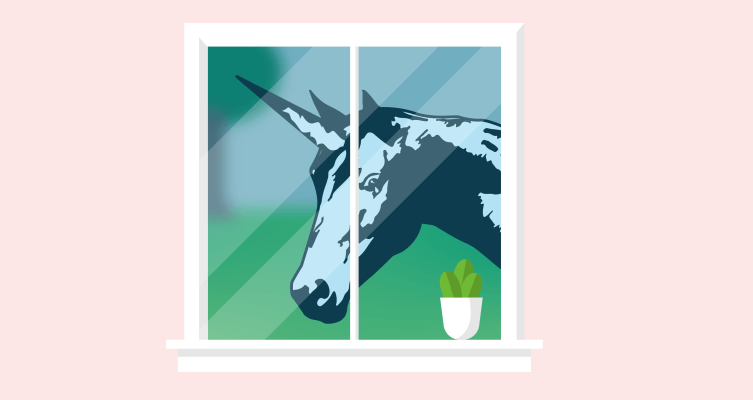 It was several years ago, at a tech conference in Laguna Beach, Ca., that the venture capitalist Bill Gurley issued one of what would become repeated warnings that startups were staying private too long. Comparing companies that refuse to go public to undergrads whose college careers extend several years past the point that they should, Gurley suggested they should be embarrassed, not proud, for keeping their shares in private hands. “Until you get liquid, you really haven’t accomplished anything,” Gurley said.

Whether Gurley was referring to Uber at the time, only he knows. Though this firm, Benchmark, eventually forced out Travis Kalanick, the cofounder and longtime CEO of Uber, the tipping point was seemingly not Kalanick’s determination to keep Uber privately held as long as possible but rather an investigation into sexual harassment investigations and the employee misconduct that was discovered in the process.

Either way, it’s looking increasingly like Gurley had a point. As you may have noticed if you care anything about the public markets, they took a nosedive today. In fact, they fell to a new low for the year this afternoon, a reaction in part to the Federal Reserve’s decision this morning to raise its benchmark overnight lending rate for the fourth time in 2018.

The Fed also signaled minimal rate hikes for next year — forecasting two rate hikes instead of three — but investors were apparently hoping for even better news.

It’s hard to blame them for seeking out more of a silver lining, given everything else that’s going on. Tech stocks are getting battered, with the FANG companies, Facebook, Apple, Netflix, and Google, down meaningfully from their share prices of six months ago. (Amazon has held up the best.) The economy of China —  the U.S.’s third largest export partner and its largest import partner —  is slowing sharply, which is expected to have an impact on the U.S. and the world economy. Add trade tensions into the mix, a sprinkling of uncertainty about regulations, a splash of a possible government shutdown, and the growing prospect that Donald Trump will be impeached, and you start to get the picture.

The market is scary suddenly, yet Uber and Lyft and Slack, among others, are now racing to dive into it. Why? Their venture backers will tell you it’s because the public markets recognize a strong growth company when they see it, and that each is finally positioned well to tell their story, aided by some dazzling metrics. But it seems just as likely that they see the window, which flew open this year, starting to swing back in the other direction. And if this month is any indicator, it could be hard to pry it open again, at least in the first quarter or two.

“The market is basically closed between now, and the start of a new year is always slow because companies don’t start roadshow [until the markets re-open],” says Kathleen Smith, a principal of Renaissance Capital and the manager of its IPO exchange traded fund. Pre-IPO companies like Uber are also waiting on their audits to close before they put any numbers in a public document, she notes. But it could be far from smooth sailing after that, suggests Smith. “In normal times, late, January and February and March become very active, but we aren’t in a typical market. I can predict from other times that we’ve seen a bear market like this that it will have an impact on IPO activity.”

It’s all part of a vicious cycle, Smith suggests. As public market shareholders begin to feel less affluent and more risk averse, they start redeeming their public market shares. That leaves fund managers who might otherwise gamble on new issuers with less capital to invest, and less flexibility. “Investors are just not going to want to take on any risk positions when market has [taken a turn for the worse],” says Smith.

If the markets are as crummy early next year as looks to be the case, it’s too bad, too sad for unicorn companies “They made choice to stay private and get capital,” says Smith. “I’ve stated many times that they should be getting while the getting is good. The pain can happen if money dries up, and it will dry up when the public market dries up.”

That doesn’t mean the companies are doomed, of course, especially those that can show strong fundamentals.

For her part, Smith notes that what often happens in a downturn is for offerings to be heavily discounted. “Valuations will be chopped if the companies want investors to participate. They’ll have to be sure to make money.”

Even if they don’t get the prices that ambitious bankers might have discussed with them in recent months, they can always grow into the valuations their investors want to see. One need look no further than Facebook to remember why a bumpy offering doesn’t mean all that much longer term. “Just because a stock crashes below its IPO price isn’t a sign of a bubble,” says Pivotal Research analyst Brian Wieser. “You also have to keep in mind the dynamic of companies going public,” he says. “You expect IPOs to be overvalued. Investors in these companies are necessarily selling to the greatest fool.”

Still, there may be fewer fools willing to buy what they are selling than there might have been a year or two ago, and if those numbers really change, today’s unicorns will look like tomorrow’s donkeys. They’re certainly going to face more scrutiny than they might have had they moved sooner.

“Maybe we’ll roar into 2019 and all will be well,” says Lise Buyer, the founder of Class V Group, an advisory firm for IPOs. “But to the extent that investors will be more selective, they’ll look at path to profitability, and they’ll look at the valuations these companies took when they were private.” Then they’ll do their own math, suggests Buyer.

If the market is truly shifting, public market shareholders “won’t care what valuations companies achieved when they were private,” says Buyer. “They’ll only be willing to pay what they are willing to pay.”