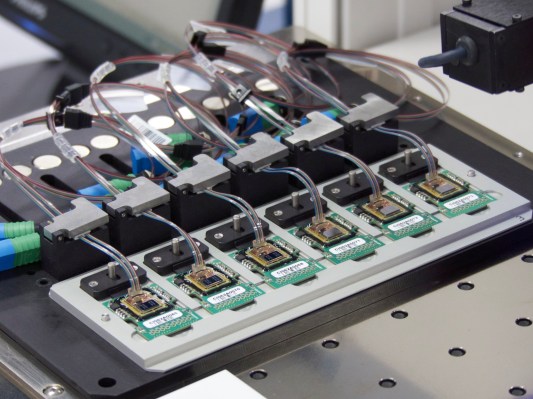 As networks get put under increasing pressure from ever-growing amounts of data, network equipment manufacturers are facing huge challenges to increase data transmissions speeds over further distances. As a premiere networking equipment company, Cisco wants to be prepared to meet that demand. Today, it opened up its checkbook and announced its intent to acquire Luxtera for $660 million.

Luxtera, which was founded in 2001 and raised over $130 million, will give Cisco a photonic solution for that data networking problem. Rob Salvagno, head of Cisco’s M&A and venture investment team sees a company that can help modernize Cisco’s networking equipment.

Photonics uses light to move large amounts of data at higher speeds over increased distances via fiber optic cable. Cisco sees this as a way to future-proof customer networking requirements, while keeping them on Cisco equipment. “The combination of Cisco’s and Luxtera’s capabilities in 100GbE/400GbE optics, silicon and process technology will enable customers to build future-proof networks optimized for performance, reliability and cost,” Salvagno wrote.

While Cisco has been acquiring its share of high-profile software properties in recent years including AppDyanmics for $3.7 billion in 2017 and Jasper Technologies for $1.4 billion in 2016, it also acquired Israeli chip designer Leaba Semiconductor for $320 million in 2016 for its advanced chip making capability.

Today’s announcement would seem to build on that earlier purchase as Cisco tries to modernize its hardware offerings to meet increasingly stringent demands inside large-scale data centers.

The acquisition is subject to the typical regulatory scrutiny, but Cisco expects it to close in its fiscal year 2019 Q3. It reported its Q1 2019 earnings in November.