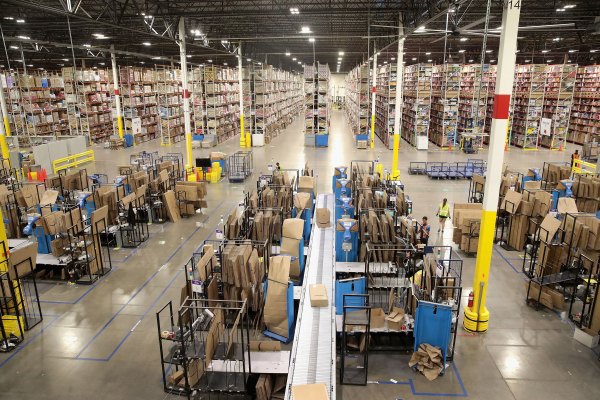 Yesterday afternoon, Somali-American workers marched outside of Amazon’s Shakopee, Minnesota fulfillment center, chanting “hear our voice.” Estimates of the exact number of marches vary from source to source, but The Minneapolis Star Tribune puts it at around 100.

It’s a fairly familiar refrain for the company, after years of reports about questionable working conditions. Some of that came to a head earlier this year when pressure from Vermont Senator Bernie Sanders led the company to adopt a $15 minimum wage for warehouse workers.

The protesters cited unfair working conditions and the insensitive treatment of a local workforce that’s approximately 40 percent East African. “We needed secured jobs, we are not robots,” one employee told a local Fox affiliate.

The protest comes the same week employees at a New York City warehouse announced plans to unionize. It is, of course, an inopportune time for the online retail giant, with the Christmas holiday a mere 10 days away.

In a statement, a spokesperson for the company expressed “disappointment,” telling Gizmodo,  “The majority of the people participating in today’s events are not Amazon associates because most Amazon associates are at work today sending out thousands of holiday packages for customers. We are disappointed in today’s efforts to undermine the dedicated and hard-working people who are the life and soul of our business. For them, it was business as usual.”