Cydia shuts down purchasing mechanism for its jailbreak app store 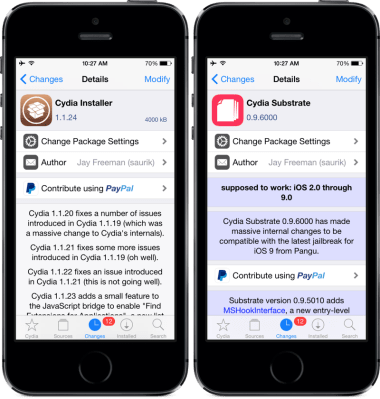 Years after becoming one of the go-to destinations for iOS jailbreaks, Cydia’s app store is disabling purchases. Users will be able to access existing downloads through the store and access purchases via third-parties, but beginning this week, they’ll no longer be able to buy apps through the store.

Founder Jay “Saurik “ Freeman revealed the news via a Reddit post this week recommending users remove PayPal accounts from their profile. Freeman notes his initial plan to shut the service down by year’s end, before ultimately opting to close down the purchasing mechanism this weekend over the PayPal issue.

The software engineer cites the toll running the service has taken on his personal life and finances in making the decision. “[T]his service loses me money and is not something I have any passion to maintain: it was a critical component of a healthy ecosystem,” he writes, “and for a while it helped fund a small staff of people to maintain the ecosystem, but it came at great cost to my sanity and led lots of people to irrationally hate me due to what amounted to a purposeful misunderstanding of how profit vs. revenue works.”

Cydia was launched 10 years ago, shortly after the first iPhone was jailbroken. The service has offered users a way to bypass Apple’s own App Store lockdown, building up a rabid fanbase in the process. Ultimately, however, jailbreaking’s popularity has waned in the intervening users.

The exact future of the Cydia community remains unclear, though Freeman has promised a “more formal post” about his plans next week. We’ve reached out for further comment.